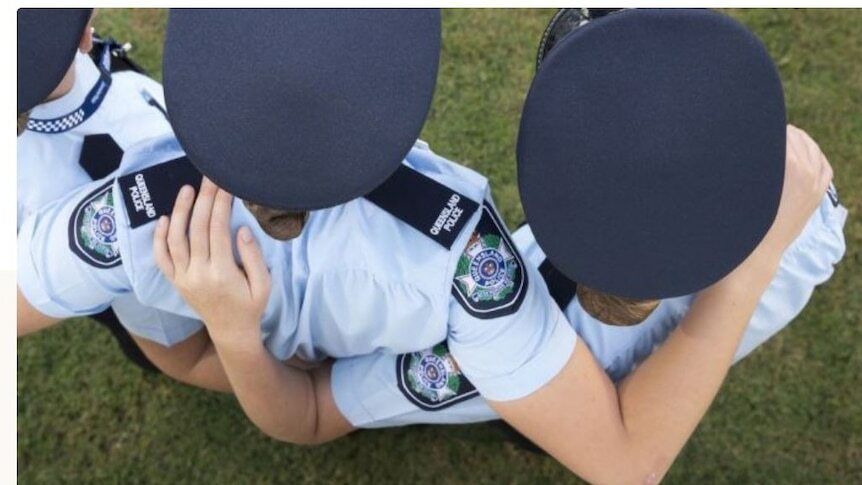 A group of Queensland police is planning to mount a legal challenge to Commissioner Katarina Carroll's vaccination mandate for all staff and officers.

A crowdfunding page set up to raise money to engage a lawyer has received more than $47,000 in donations — many from serving and retired police — in just three days.

The page comes after the Queensland Police Commissioner last week issued a deadline to all officers and staff to be fully vaccinated by early next year.

Last month, a directive was issued stating that all Queensland Police Service (QPS) officers supervising entry checkpoints on the border must be vaccinated after a handful of officers living in New South Wales refused to get the jab.

The crowdfunding page set up two days ago says the group planning to mount the challenge is made up of "Queensland police officers and their families who disagree with the mandating of the COVID-19 vaccine on Queensland Police Service employees, as well as employees in every other sector, public or private".

The ABC understands the group is about 30-strong and comprises officers from around the state.

Group says it's 'not anti-vax'

The page says the police officers in the group are not "pro or anti" the COVID-19 vaccine but believe the mandate is inconsistent with "workplace rights" and "infringes upon our rights to freedom and informed consent to a medical procedure".

"It is a question of whether our employers, on behalf of the government, can authorise civil conscription and interfere with the relationship between a patient and their doctor by mandating a vaccine," the Gofundme page reads.

The page says the group plans to take its plight to "courts of competent jurisdiction" to challenge "the validity of this mandate".

The lawyer speaking with the group, Thomas Allan of Brisbane firm Allan Bullock, declined to comment.

Police sources told the ABC the group had approached several other law firms who declined to take on the cause.

The sources told the ABC, Commissioner Carroll was aware of the page and was investigating the fundraising activities, and the officers who have contributed money, for potential police misconduct.

The possible misconduct relates to misappropriating police imagery and publicly challenging a lawful direction from the Police Commissioner.

The group had been asking for $20,000 "to engage this solicitor to take on this complex matter".

"We believe acquiescence with a vaccine mandate will set a dangerous precedent for our country.

In a statement, a Queensland Police Service spokesman said the QPS sought independent legal advice "to inform the process and received the support of all relevant QPS employee unions prior to announcing the mandate last week".

"The QPS is mandating vaccinations for the entire workforce in all QPS workplaces within the next five months to protect employees, their families and the community from COVID-19," he said.

"The dynamic nature of policing means frontline officers interact with large volumes of people and move around to all corners of the state.

"It is important the Queensland community has confidence and feel safe when interacting with their police."

The spokesman said staff were encouraged to speak with their managers to work out "individual issues and circumstances" over the next five months.

"While we respect individual choice and we will continue to engage closely with our members as we implement the directive, our overwhelming obligation is to ensure we have safe workplaces and a safe community," he said.