Groom has only ever been held by a man. These female, non-binary candidates stand for change

The nation's second-safest Coalition seat of Groom has only ever been held by a man.

In a Herculean bid this federal election, four women and a non-binary candidate have decided to contest the southern Queensland electorate which is held by the Liberal National Party with a 20.5 per cent margin.

In conservative heartland, Groom takes in the Darling Downs city of Toowoomba and the surrounding rich agricultural region.

It has been in the hands of the Liberals, Nationals and LNP ever since the seat was gazetted in 1984.

The incumbent, mining engineer Garth Hamilton, won a by-election in late 2020 in somewhat controversial circumstances after the local LNP branch ignored the Prime Minister's wishes for a "strong woman" to represent Groom.

This year, Mr Hamilton said he wasn't taking his seat for granted.

"I don't think there are safe seats," he said.

Clawing back the margin

Two high-profile independents, Suzie Holt and Kirstie Smolenski, are among eight contenders trying to claw back some of the LNP's margin.

Ms Holt said it was exciting to see wide representation in the campaign race.

"This is democracy in action," she said.

"Another opportunity for women to say, you know what, we actually want to do this and we're in a really good place to actually throw our hands up. I'm really thrilled about that."

Ms Smolenski said the lack of female representation in Groom should be relegated to history.

"That's the past. We're changing that and it's certainly part of the reason that I'm running," she said.

"It would be an extraordinary history-making event for our region and I'm really excited that I can get that done."

Both independents said it was disappointing a woman had never been preselected for the LNP.

"I'm not sure why the LNP has never preselected a woman, but gee, that needs to end," Ms Smolenski said.

With health, housing and worker shortages key issues this election, Suzie Holt said the community was ready for a female voice.

"I'm actually delighted that we have some diversity across the different candidates for the first time, which is really exciting in our region," Ms Holt said.

"I think Toowoomba has grown up a lot."

Labor candidate Genevieve Allpass said it came down to timing.

"Unfortunately this seat has been held by men," she said.

"We actually make up 51 per cent of this community and when I say, 'we', I mean women and those who identify as women.

Ms Allpass referred to findings from the National Democratic Institute to tout the benefits of having greater female representation.

"Women have been found more than men to work across party lines, they've been highly responsive to constituents' concerns and we prioritise health and education," she said.

Greens candidate Mickey Berry, the first non-binary candidate to run for Groom, said while many pundits had written off the seat as an easy win for the LNP, other parties should not be underestimated.

"They are a little bit comfortable in this region, but that's a given, it is the second safest LNP seat in the country.

"I think things are starting to change a little bit and they should be a little bit more concerned with some of the people coming up and coming through and entering politics.

Mickey Berry said their name on the ballot paper would mean a lot to the growing LGBTIQA+ community in Toowoomba.

"We have a much larger LGBTIQA+ community here than people realise, and we need more resources for that community," they said.

"I do think it's about the substance and values of the candidate and so it shouldn't be gender-based as why we vote for somebody," she said.

"But I do think it's excellent we've got such good variety [of candidates]."

Political expert Geoff Cockfield said a changing of the guard was possible in Groom but only if the LNP played the game.

"I do think if a woman was preselected by the LNP for Groom, she would win the seat," Professor Cockfield, from the University of Southern Queensland, said.

"You can see that in other seats where women have been preselected and they've done reasonably well, initially perhaps not so much, but once they've won one election, they do quite well in the subsequent ones.

"The interesting thing about Groom this time is whether strongly independent candidates will make in-roads and that may be an indication of future change."

Mr Hamilton said he would eventually like to see a woman leading Groom for his party.

"I think it's probably inevitable down the track, as it is across the rest of Australia, that's a good thing," he said.

But this election, he's trying to convince voters he's still the best person for the job.

"I guess the LNP process for preselection is an open contest, which I took part in with my full efforts as did every one of my competitors."

Male candidates preference each other

Mr Hamilton has preferenced another man in One Nation candidate Grant Abraham.

"I think it's irrelevant. It's down to who's got the skills."

Mr Otto agreed it was about who was best for the job regardless of gender.

"It's great to have different representations and perspectives and voices for our region. I'm very happy we're having inclusive candidacy," Mr Otto said.

"I think it should be the best man, woman or non-binary person for the job and it's not an issue."

With such a wide margin, Groom should be a shoo-in for Mr Hamilton.

Professor Cockfield said it would take a major demographic change to see the LNP unseated in the future.

"It will be interesting to see if COVID-19 has made a difference with people moving to the regions," he said.

"There's just no evidence of that yet." 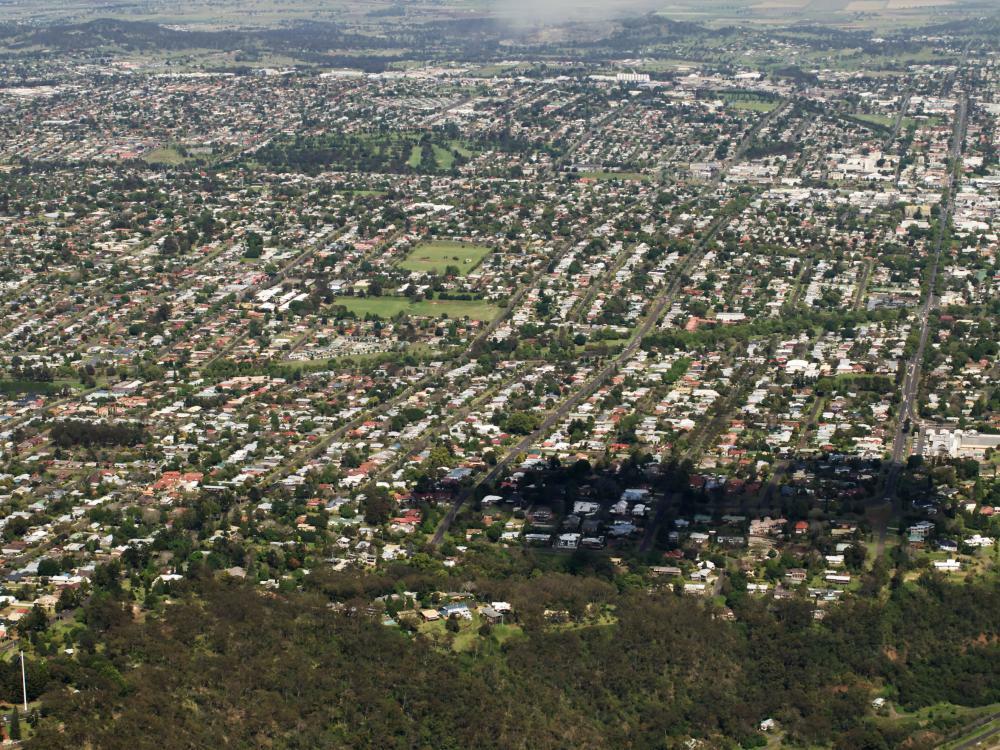 Pentecostalism and the LNP’s fight for its soul in Queensland’s Darling Downs
The seat of Groom has been held by conservatives since federation, but Labor and independent candidates have shaken up the…

The Guardian - AU
One subscription that gives you access to news from hundreds of sites
Could 'the Christian lobby' make the second safest LNP seat of Groom not so safe?