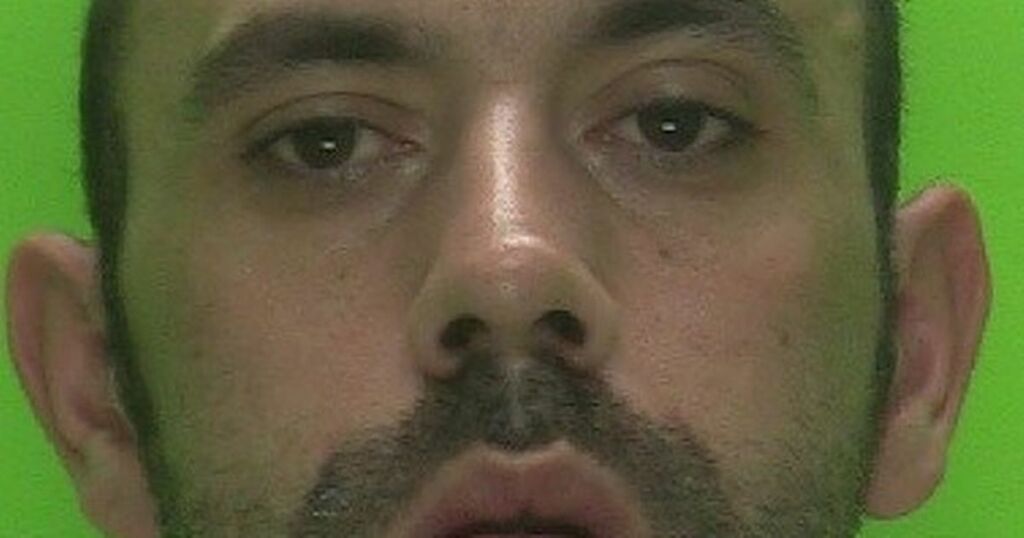 A "dangerous" man turned up uninvited to a wake and stabbed two brothers - before slashing their sister in the face, a court heard.

Mourners attended the Crusader pub in Nottingham after a funeral on May 21, 2019.

It was then that Chantelle Phillips noticed stranger Kyle Parkin, wearing a high visibility vest, repeatedly walking past her table.

He approached and asked for her name and number and whether he could buy her a drink, it was said.

But she declined and he hung around for a while before moving to another area of the pub, reports NottinghamshireLive.

Chantelle's brother, Daniel Phillips, then noticed Parkin staring at him in what he perceived as being in a direct and confrontational manner.

Do you have a story? Email webnews@mirror.co.uk.

Parkin, who had been drinking heavily and had been using cocaine the night before, had his hand in his right pocket holding an object.

Daniel interpreted that as Parkin letting him know he had an object, Nottingham crown court was told.

He and his brother, Lee Phillips, then went to the bar and it was there Parkin went to his pocket again.

Daniel believed he was going for a knife, so punched the defendant - knocking him down, the court heard.

Parkin stood up and pulled out what was thought at the time to be a knife and thrust it towards Lee, stabbing him in the ribs.

Daniel pulled his brother towards a function room but Parkin followed them with the weapon held down by his side.

Chantelle saw Parkin shouting in Daniel's face, so she stood between him and her brother, and told Parkin to "go away".

"What is plain is the bar erupted as a crowd of people surged forward trying to disarm the defendant and eject him from the pub," said Jon Fountain, prosecuting.

Chantelle was slashed in the face and Daniel stabbed in his left leg and in his ribs.

Mr Fountain said: "The defendant did not willingly relinquish the weapon to the crowd or go peacefully and there was a fracas between two function rooms before he left the pub."

Lee Phillips was coughing blood and suffered a punctured lung, which was later was closed with stitches, his statement read.

He had since had a tattoo over the scar to "take back some control", but he remains wary of people and spoke of how one night "wrecked" his life.

Daniel Phillips needed 16 stitches to close a wound to his leg, a statement said.

And it revealed he was signed off work by his doctor and suffered paranoia about being on his own and rarely goes out of the house.

Chantelle had a slash wound to her left eye lid and a small wound to the corner of the same eye which required four stitches.

She said it was fortunate the wound was not half-an-inch lower as it would have "got my eyeball".

She has nightmares about the offender coming back and getting into her house, it was said.

Parkin, 32, of Dungannon Road, Clifton, was on bail for the pub incident when he was found in the driver's seat of a car with false plates with a kitchen knife in a man bag outside The Fairham pub, Clifton, on April 12.

He said he lent the vehicle to another person and he found the knife and put it in the bag for safekeeping.

He admitted three charges of causing grievous bodily harm with intent and two offences of possessing a bladed article.

Judge James Sampson said he found Parkin to be dangerous in the meaning of the statutory criteria.

Parkin will be eligible for consideration for release when two-thirds of the custodial element of the sentence has been served.

Of the offences, the judge said Parkin was drunk and probably under the influence of cocaine "given your habits".

Matthew Smith, mitigating, said Parkin, who has 23 previous convictions for 66 offences, including affray and robbery, was a self-employed labourer at the time, building walls, and the tool was in his pocket.

He had had four or five drinks after work.

Sergeant Stephanie Clough, from Nottinghamshire Police, said: “It is clear Parkin intended to cause serious harm during these violent assaults by sticking a knife into the bodies of the two brothers and striking their sister to the eye.

“Parkin has caused considerable physical and mental damage to the victims as a result of this horrific incident.

"I hope it brings them some closure and comfort now this dangerous man has been taken off our streets for a lengthy period of time".