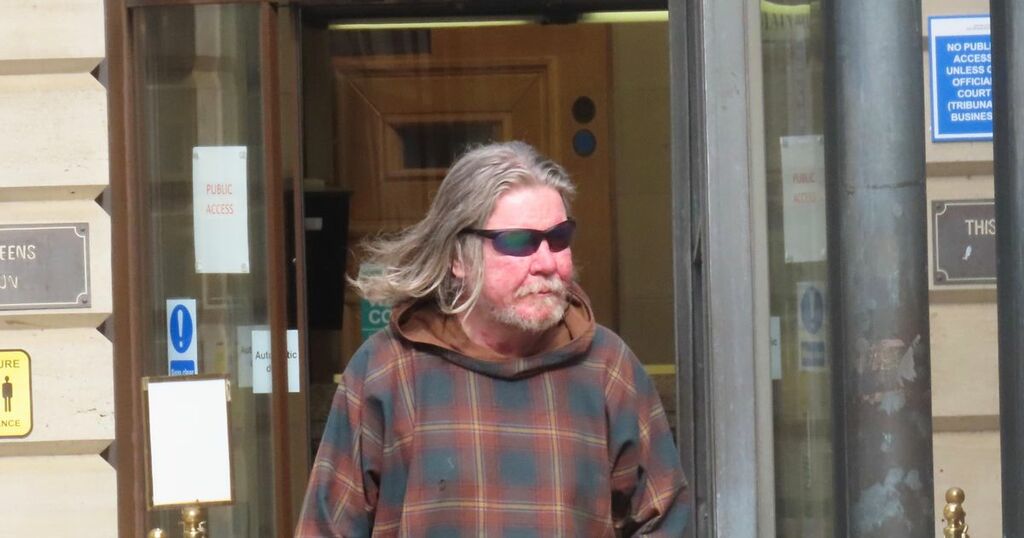 A Grieving man who exposed himself to three police officers has escaped being placed on the Sex Offenders Register.

Joshua Laurie was being taken from his Edinburgh flat to his mother’s home following a sudden death at his property.

He asked to go to the toilet before leaving and when he exited he flashed his “flacid penis” at PC Catherine Miller.

Laurie then exposed himself again to two officers later that day after he had been taken to an Edinburgh police station and had asked to go to the toilet.

And when the disgusted officers asked why he had carried out the sordid act the 47-year-old replied he was “showing off”.

Laurie, of Gorgie, Edinburgh, appeared in the dock at the city’s sheriff court on Wednesday where he admitted to two charges of behaving in a threatening or abusive manner towards the officers.

Fiscal depute Janet MacDonald told the court the Crown accepted there was no sexual element to the offences.

Ms MacDonald said police officers attended at Laurie’s flat in the Gorgie area of the city at around 3.30pm on January 1 this year following a sudden death at the property.

The fiscal said: “The accused resides at the address was being moved from the locus and was being taken to alternative address.

“The accused went to the bathroom and when the accused was finished he left and exposed his flacid penis to constable Miller.

“Due to the nature of the call constable Miller took him to his mother’s address and there was no further action taken at that time.”

The prosecutor said police were then called out at around 8pm the same day by Laurie’s mother “requesting his removal from the property”.

He was taken to Corstorphine police station where he again asked to use the facilities.

And when he exited the toilet a few minutes later “his flacid penis was exposed from the zip of his trousers”.

The two officers “asked him to cover himself up several times” but the court heard he refused to do so.

The fiscal added: ““He was again asked to put his penis away and the accused looked down and put his penis back inside his trousers.

“He was asked why did you do that and he replied ‘I don’t know - I was showing off’.”

Lawyer Victoria Good, defending, said her client had been “unbelievably upset” due the death at his home earlier that day and added the offences occurred due to Laurie “not wearing any underwear”.

Sheriff Nigel Ross said: “Obviously police officers should not have to put up with this sort of thing. This was quite deliberate behaviour on your part.”

Laurie pleaded guilty to behaving in a threatening or abusive manner and exposing his naked penis to PC Catherine Miller at his home address on January 1 this year.

He also admitted to a similar charge at Corstorphine police station, Edinburgh, by exposing his naked penis to PCs Emily Jones and Kath Sim on the same date.