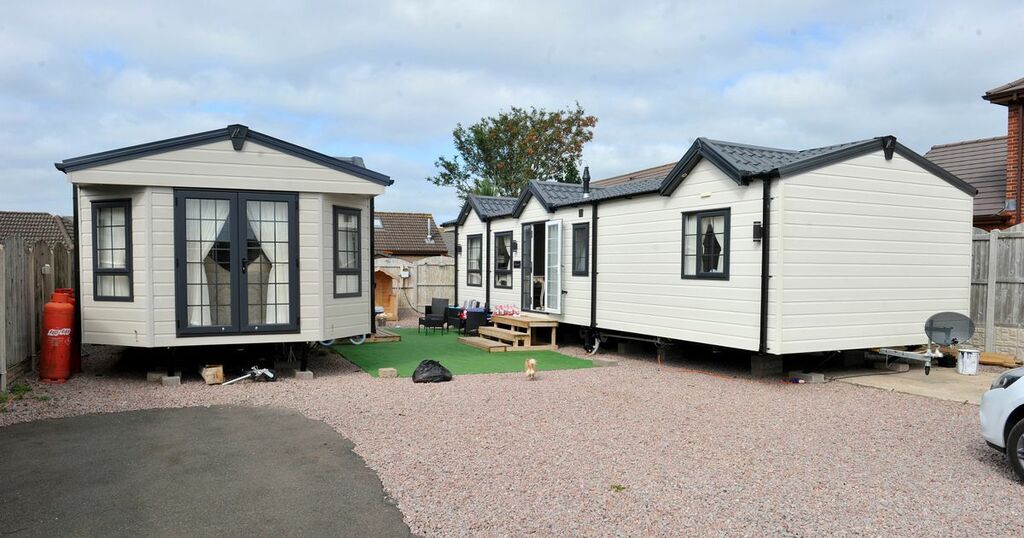 A mother-of-six this week confirmed she will appeal a Dumfries and Galloway Council decision to turf her family out of their home in Gretna.

Elizabeth Allan, her children, and elderly parents have been ordered to move on from where they set up home in two static caravans near to Raydale Park stadium.

The family say they bought the plot and have been living there for the past two-and-a-half years.

However, they were recently refused retrospective planning permission by the council and are to be hit with an enforcement order to leave.

Elizabeth said: “There is nowhere for us to go. Where are we going to go?

“We are gypsies but we do live a normal life. We want our kids to go to school, to go to college, and have a normal upbringing.

“We don’t want to be just thrown into any house in a council estate. I’m in my own house that’s bought and paid for.

“We put two chalets on our land - and it’s not like it’s an eyesore.”

The family live in two adjacent static caravans and Elizabeth revealed that her 73-year-old father George returned recently after a heart scare and stay in hospital.

The council has two designated gypsy/traveller sites at Glenluce and Collin. However, there is currently no space - and Collin needs millions of pounds worth of investment to meet the Scottish Government’s minimum standards.

“Everything that he needs is here and just around the corner for him.

“He doesn’t want to move and my kids are at school here. Everybody is settled and we’ve built up friendships here in the past two and a half years.

“We don’t want all the upheaval in our kids’ lives.”

The Allan family are appealing the council planning decision. Asked what they will do if its unsuccessful, Elizbaeth said: “I genuinely don’t know.”

She added: “Nobody from the council has been in touch, or come to see me. I know the social services have rung the school and the health visitor and they’re obviously trying to help but no one else has got in touch.”

Four neighbours in Milburn Drive complained to the council about the static caravans being too close to their properties, a loss of privacy and excessive noise.

They submitted formal objections to the council’s planning committee and demanded action be taken due to the Allans breaking planning regulations.

In Scotland, appeals against council planning decisions must be made within three months and the vast majority of cases are dealt with by a Scottish Government reporter.