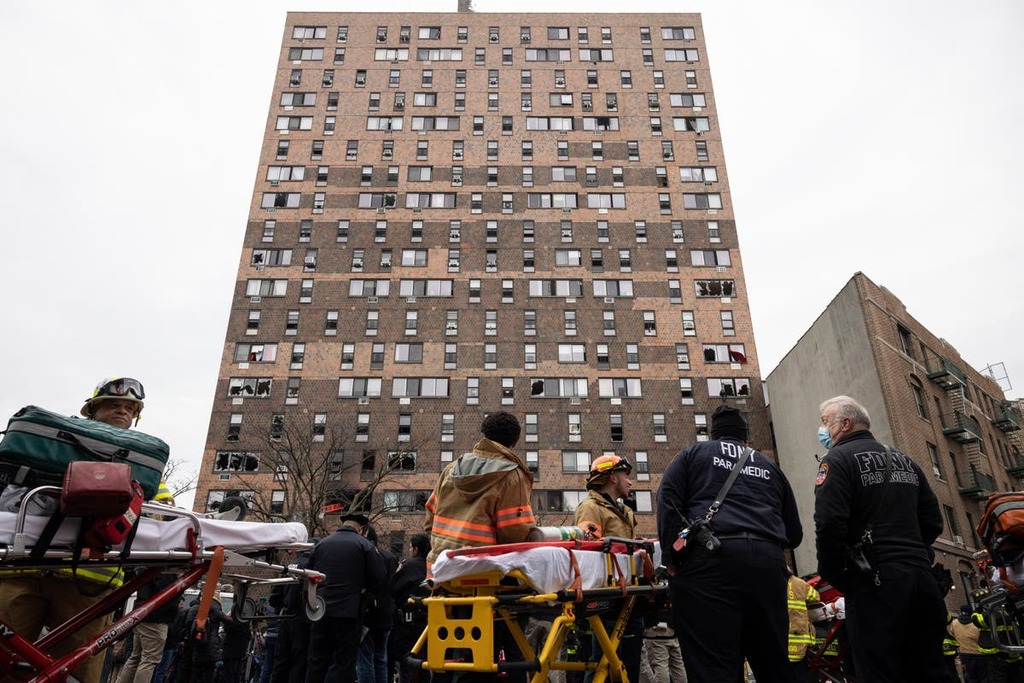 A group representing survivors and bereaved families of the Grenfell Tower fire have said they are “devastated” to hear of a deadly blaze in New York which has claimed the lives of more than a dozen people, including children.

Grenfell United said its thoughts and prayers are with the families and everyone affected by the apartment fire in the US.

Around 200 firefighters attended the blaze at the Bronx’s Twin Park apartments, a 19-storey building on East 181st Street in the city on Sunday.

The death toll stands at 19 people, including nine children.

The city’s mayor Eric Adams said: “This is going to be one of the worst fires that we have witnessed during modern times.”

Fire commissioner Daniel Nigro said the fire “started in a malfunctioning electric space heater” in an apartment unit spanning the second and third floors of the building.

He said the door of the apartment was left open, allowing smoke to quickly spread throughout the building.

He described how firefighters “found victims on every floor and were taking them out in cardiac and respiratory arrest”, adding that this was “unprecedented in our city”.

On Monday morning, Grenfell United tweeted: “We are devastated to hear this news.

“Our thoughts and prayers are with the families and all those affected.”

Phase two of the public inquiry is examining how the tower came to be coated in flammable materials that contributed to the spread of flames, which shot up the building.