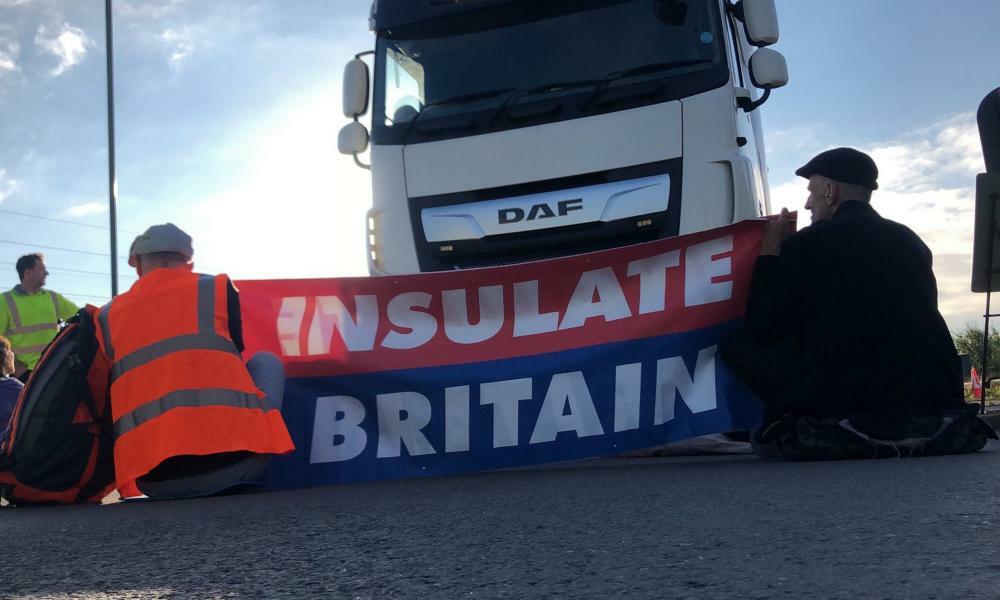 More than 70 environmental protesters have been arrested after they blocked traffic on Britain’s busiest motorway for the second time in three days.

Activists from Insulate Britain staged the demonstration at several sections of the M25 in London during the morning rush-hour on Wednesday, causing long delays.

A 50-year-old woman was airlifted to hospital with serious injuries after a multi-vehicle collision near one of the protests. It is not known what caused the crash.

Police said 71 people had been arrested over the action. It came two days after 92 protesters were arrested for obstructing vehicles on some of the busiest routes in south-east England.

Insulate Britain, which is calling on the government to insulate the country’s social housing by 2025, said 89 of its members had blocked traffic for the second time this week.

Motorists could be seen pleading with the activists to clear the road near junction 23, where two vital road networks meet.

In a statement, Insulate Britain said drivers were right to be angry but they would continue the direct action until the government pledged greater action on the climate emergency.

It said: “We will keep going until the government responds. Until it overcomes its complacency and cowardice and fulfils its first and most sacred duty: to protect the people of this country from harm.

“All we ask is that it makes a public statement that we can trust – that commits to the first step, to start the insulation of our homes. As soon as this happens we will leave the roads.”

The group previously said its demands were delivered by hand to 10 Downing Street on 21 August 2021 but so far the government had not responded.

Surrey police said they had made 32 arrests; 21 people were arrested by Kent police; and a further 18 were held by Hertfordshire police by about 1pm on Wednesday.

Some of the activists involved in Wednesday’s protest were the same people arrested after Monday’s action, LBC reported.

Footage showed protesters in hi-vis jackets sitting on the motorway with signs saying “sorry for the disruption” and “please turn off your engines”, while some motorists shouted abuse at them.

One driver told reporters she was on the way to collect her grandchild because her daughter was in labour, while another shouted that the protesters “should be shot”.

In a demonstration by the same group on Monday, five junctions of the M25 were blocked, leading to tens of thousands of drivers being stuck in huge queues of traffic.