Few journalists work regular hours. A breaking news story, an unexpected assignment, taking on someone else’s beat because they are ill, overseas or on vacation, is all par for the course. But on the eve of Israel Independence Day, there was an opportunity to relax because there was no paper on Thursday so several people from among The Jerusalem Post’s editorial staff, plus several freelancers, got together for a barbecue and quiz night.

But it wasn’t all fun for everyone. The group who produce the paper’s online news and feature items, brought their laptops and spent most of the evening working.

The journalist who excited the most attention was former Jerusalem Post health and science reporter Judy Siegel who after a long hiatus began writing again for the paper a few weeks ago, and is no less prolific than she was in her prime.

She came with Sheleg, her permanent companion. Sheleg is a four-legged friend, a gorgeous, well-groomed white Shih Tzu canine with a sunny disposition. Sheleg means snow in Hebrew, and Sheleg’s snow white coat prompted the choice of name. The Shih Tzu breed of dog originates from Tibet, and is short and stout with large eyes. Each of Sheleg’s eyes is a different color. It’s a breed that even people who are not fond of dogs and are even afraid of them, will grow to love. Sheleg lived up to the Shih Tzu reputation of being playful, affectionate, intelligent and happy.

Siegel kept carrying him around all night, and seemed delighted in the number of people who came to pet him. Sheleg seemed to like it too. But that was not the only reason that Siegel was approached. Former colleagues were just happy to see her by-line back where it belongs and wanted to tell her so.

■ UNITED HATZALAH is well known for being the first responder in medical emergency situations. It has also been very active in Ukraine. But it seems that the organization is also into the family reunion business. According to the organization’s spokesman Raphael Poch, Walter and Oscar Blau – a pair of Holocaust survivor brothers from Israel – were sure they were the only ones in their family who survived the Holocaust. To their surprise, they discovered that they have an entire family living in the United States, a family about which they knew nothing until very recently, and for the first time they actually met them last month in Jerusalem.

At the onset of the Second World War, the Blau brothers, then aged 10 and 6, fled with their families from Austria and were sent to an orphanage in Belgium where they remained till the end of the war. Afterward, they looked for family members who may have survived but found no one. The two brothers subsequently immigrated to Israel and built their own families. For decades, they believed themselves to be the sole survivors of their Austrian family. Meanwhile, across the ocean in the United States lived three cousins who also thought that they were the last survivors of their family.

When Walter and Oscar’s first cousin, Robert, died in 1993, he left behind an intriguing box of photographs and letters to his granddaughter Suzanne. In some of the photos there were relatives whom Suzanne did not recognize. She decided to investigate and began a 25-year journey to find out what happened to the family left behind during the Holocaust. She hired German translators for the letters and searched for relatives in various databases and archives in Europe as well as in Israel until she finally found a clue and the initial connection was made.

Daphne Blau, Oscar’s daughter, recalled the first contact she had with Suzanne that took place on March 30, 2021. “She contacted me via Facebook Messenger, in very official writing, and said, ‘Hello, my name is so and so, I do not want any money.’ This was how she started the conversation. ‘If you are related in any way to Walter Blau, Oscar Blau, or Edmund Blau (who was their father), and they were born in Vienna… then contact me because we are probably family.’” Daphne confirmed the information, but wanted to know more. “She sent me pictures of their father, Edmund.

George Weiss, Robert’s son, and Suzanne’s uncle was excited by the sensational discovery and came to Israel to meet his new family. “Every time I tried to come and see them, Israel’s borders were closed due to the COVID-19 pandemic. So now that the borders were finally opened, I jumped at the opportunity. It is an incredible experience to find a family,” he declared during the exciting family reunion. “We all thought we were all alone in the world, so it has been incredible to find out that we are not.”

George’s visit to Israel was an incredible family experience for all concerned. The family decided to prepare another surprise – a joint bar mitzvah event for Walter, Oscar, and George. Walter and Oscar did not even think of celebrating their bar mitzvah during and after the war. “We just wanted to get out of the war,” Walter said during the celebration. “They didn’t do bar mitzvahs then as people were hiding. We were in orphanages, without parents.”

“It feels a little unusual,” Oscar said just before ascending to the Torah. His brother, Walter, expressed the same sentiment: “It’s exciting, there’s nothing else to say, it’s very exciting.”

Although George had already celebrated a bar mitzvah as a teenager in the United States, the family decided to celebrate it once more, this time with Walter and Oscar. “It’s an unbelievable experience, but to see my cousins here with a smile on their face, because in the Holocaust they did not have a chance to have this celebration – it gives me incredible satisfaction,” he said excitedly. “It’s the whole world for me.”

Even before he found out about his extended family, George was very pro-Israel, and donated to a variety of organizations, including United Hatzalah of which he has become one of the most prominent contributors. During his visit to Israel, the family inaugurated a floor of United Hatzalah’s main headquarters building that had been donated by George and his wife, Lydia Weiss. George chose to dedicate the floor in the building in honor of the family story and in honor of Walter and Oscar.

Naturally, United Hatzalah President and founder Eli Beer attended the bar mitzvah at the Western Wall and led the ceremony in which the three ‘boys’ were aged 92, 88, and 79. Immediately after the ceremony, he approached George, kissed him, and thanked him for his generous donation. “I want to thank you for everything you have done for ‘United Hatzalah’ for so many years, for supporting Israel and for supporting our life-saving efforts now, during your life-changing reunion. It’s unbelievable that this is the first time that you are with your whole family and that you have chosen to share it with us. We are incredibly appreciative, and I must say how joyous and beautiful this occasion truly is.”

“We have no words to express our appreciation for Suzanne,” said Walter. “For 25 years, she has been working hard, turning over every stone in her tireless effort to bring this family together. Suddenly, our family is not two people, it fills up half a coach bus. It’s amazing.” 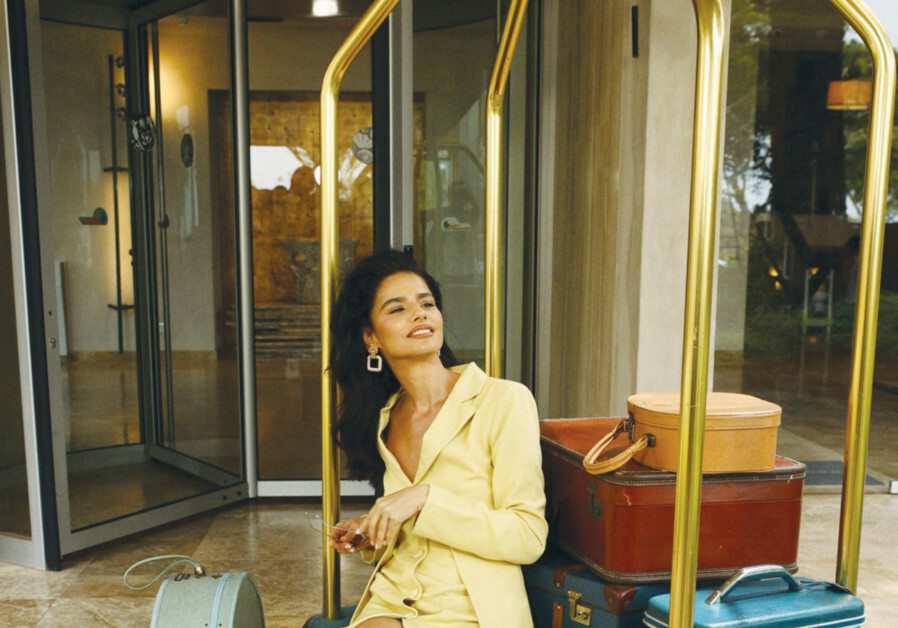 Grapevine May 13, 2022: Listening to Warsaw Ghetto survivors
Movers and shakers in Israeli society.

The Jerusalem Post
One subscription that gives you access to news from hundreds of sites
Grapevine May 11, 2022: Saving a potential genius

Although a woman’s body is certainly her own, the sperm that enabled the creation of the embryo in her womb…