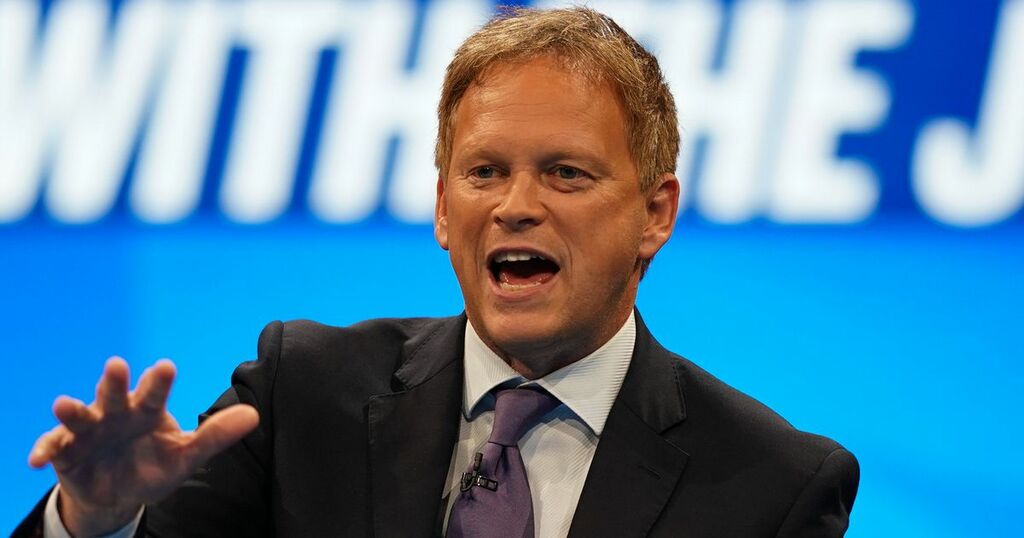 Transport secretary Grant Shapps is among more senior Tory figures to have referred firms to the VIP lane for lucrative Covid contracts, the government has admitted.

Last night ministers finally published the list of 'fast tracked' companies, many of them donors and friends of ministers and officials.

A list of 47 referrers had been leaked earlier in the week.

But the officially published list - sneaked out while MPs were voting on measures to tackle parliamentary sleaze - has a further three, including the Transport Secretary.

Mr Shapps is now named as the ‘source of referral’ for VIP firm ‘EyeSpace Eyewear’.

The company landed a £1.4m deal to provide Goggles, including a fee of nearly £0.5m for freight.

Neither Shapps or Eyespace Eyewear were included in the previously leaked version of the VIP list.

The fresh list also reveals two firms were referred by Tory peer and donor Lord Leigh, and another by donor Stuart Marks.

And the government admitted some referees had still not been revealed, with the website admitting: "Due to incomplete record keeping, in a small number of cases we have not been able to identify the individual or team who directed the offer to this route.”

There’s no suggestion of any wrongdoing by any of the firms involved.

Jo Maugham, Director of Good Law Project said: "We really need to be looking at the process whereby so many friends of the Conservative Party came to benefit from vast, and vastly profitable, contracts.

“How did so many come to understand that there were contracts there for the taking?"

The new revelations came after the Government claimed it had been “unable to locate” records of a meeting between ministers and a Tory-linked firm which was handed nearly £600 million in Covid contracts.

Labour said failure to ensure notes were taken of the meeting between Lord Bethell and testing firm Randox broke the ministerial code.

The firm, which has £160,000 to the Conservative Party as well as paying the disgraced former MP Owen Paterson £100,000 a year for legal advice, secured government testing deals at the height of the pandemic.

But Health Minister Gillian Keegan said the government had been "unable to locate a formal note" of what was said during the call.

She told MPs: "The meeting [...] was a courtesy call from the minister to Randox to discuss RNA extraction kits.

“That was declared on the ministerial register of calls and meetings, and we have been unable to locate a formal note of that meeting, but all the other notes that are available with regard to this - and that meeting, by the way, was after any contracts were let with Randox."

She later sought to clarify that it has not lost the minutes, only that it cannot find them at the moment.