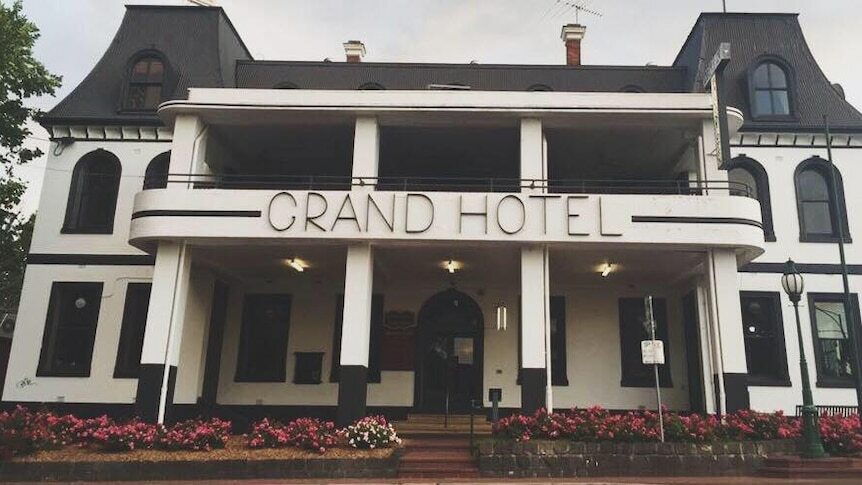 A post from one of Victoria's best-known pubs has gone viral after the owner said she would welcome people whether they were vaccinated or not once restrictions ease.

But The Grand Hotel Healesville is not alone — hundreds of Victorian businesses have taken to "all welcome" Facebook pages to declare they would accept vaccinated and unvaccinated patrons.

Publican Lisa McKay said she decided to make her position clear after hearing from customers worried about who would be allowed into her pub once restrictions were lifted.

"I had probably about five people come through the bottle shop that day that asked what we were going to do, whether we're going to allow unvaccinated people into the pub," she told Rafael Epstein on ABC Radio Melbourne.

Ms McKay decided to post a photo on Facebook that said: "Jab or no jab everyone is welcome at the Grand Hotel Healesville".

Ms McKay followed that with another post that said: "If, however, the law changes and it becomes mandatory to enter a business with a passport, then we will have no choice and will abide by the law".

Ms McKay said the response had been mostly positive.

Ms McKay said she wanted to take a stand against discrimination based on someone's vaccination status.

"I don't see why we should be separated and not be able to have a beer together," she said.

Ms McKay said her doctor told her to hold off getting vaccinated because of a medical condition, but she was not an anti-vaxxer.

"We're not anti-vax and we're all for it if anyone wants to get vaccinated — that's great," she said.

"I think it's something that everybody is starting to jump on board with — nobody wants to discriminate."

She said her business was "just" surviving the latest round of restrictions.

"I think the fact that we've been locked up for so long, I don't think any business can afford to knock back customers," she said.

"It's cost us a lot of money of our own money to stay afloat.

"We're still hanging in by the skin of our teeth."

The Victorian Government has flagged a move towards a "vaccine economy", in which people who have been fully vaccinated will enjoy greater freedoms than those who are not.

"So the act of QR coding into a venue will also record whether you're vaccinated or not," he said today.

He said non-compliant businesses would have capacity restrictions enforced.

"If they've only got vaccinated patrons, they're going to be operating at much closer to 100 per cent capacity than if they don't," he said.

The Victorian Chamber of Commerce and Industry has been contacted for comment.