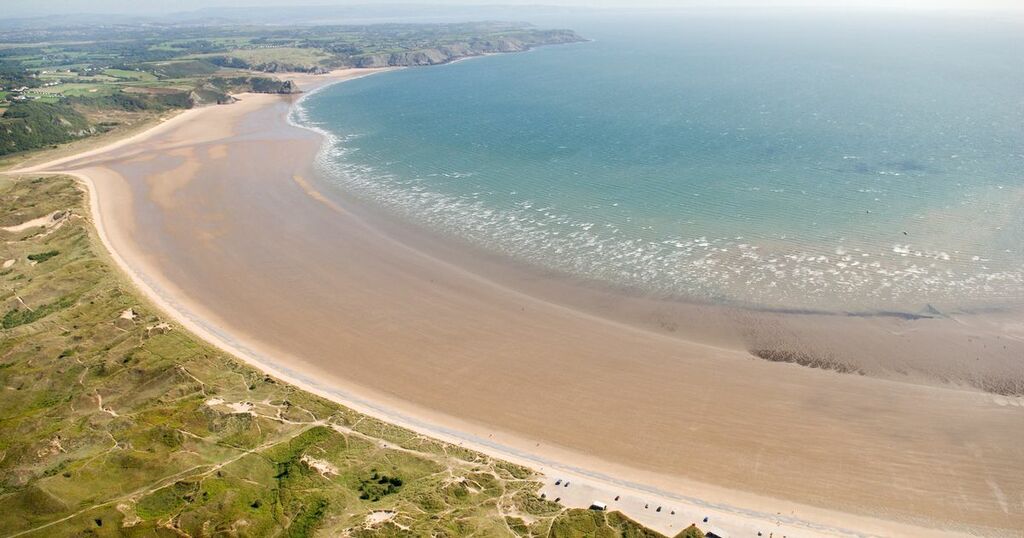 People are making a lot of money from the Gower brand, but the area itself is in danger "of becoming a glorified theme park", it has been claimed.

Gordon Howe, of the Gower Society, outlined the group's concerns about tourist capacity and visitor management at the area of outstanding natural beauty (AONB) which, like many other designated landscapes, has experienced soaring visitor numbers this year.

He said wild camping, when people didn't use authorised sites, was rife.

Mr Howe claimed the last Gower traffic survey was done in the 1970s and that the last caravan survey appeared to have been in 2009 when, he said, it was supposed to be done every year.

He said the society, whose main aim is to promote the landscape, nature and history of Gower, was not trying to tell people what to do. Everybody had a right, he said, to visit the countryside.

But his report said the AONB was seriously under pressure from tourism, and that the visitor demographic was changing from families to young people, often in groups.

"Gower is rapidly losing its character and in danger of becoming a glorified theme park," it said. "Many of our traditional visitors have commented upon this and like many of our residents are not at all happy with this trend."

The report said Pembrokeshire National Park had received a 10% funding boost from the Welsh Government this year for frontline staff, such as wardens. It requested that Swansea Council pursued a similar uplift for the AONB.

Mr Howe is a member of the council-led Gower AONB partnership steering group, which briefly discussed the report.

Gower AONB team leader Chris Lindley said the issues it raised reflected those elsewhere in the UK during a year of foreign travel restrictions.

Mr Lindley said many visitors had a different attitude about how to behave in the countryside, and that there were "really big messages" about how their behaviour impacted on the very things they'd come to see which needed to be conveyed.

When the meeting came to an end Mr Howe said he felt the group had left the matter in-limbo, and urged further consideration of it.

"People are making an extraordinary amount of money this year out of the Gower brand," he said. "The Gower brand has gone viral. It is coining in money."

He was keen to know how much of that was being reinvested in the AONB.

Mr Howe suggested that a working group was formed to look into some of the issues raised.

He said the council was doing an excellent job promoting Swansea and Gower, but described the five-mile sweep of Swansea beach from Mumbles to SA1 as "frighteningly under-used".

The group agreed to the working group idea, and will look into an up-to-date traffic survey for Gower.