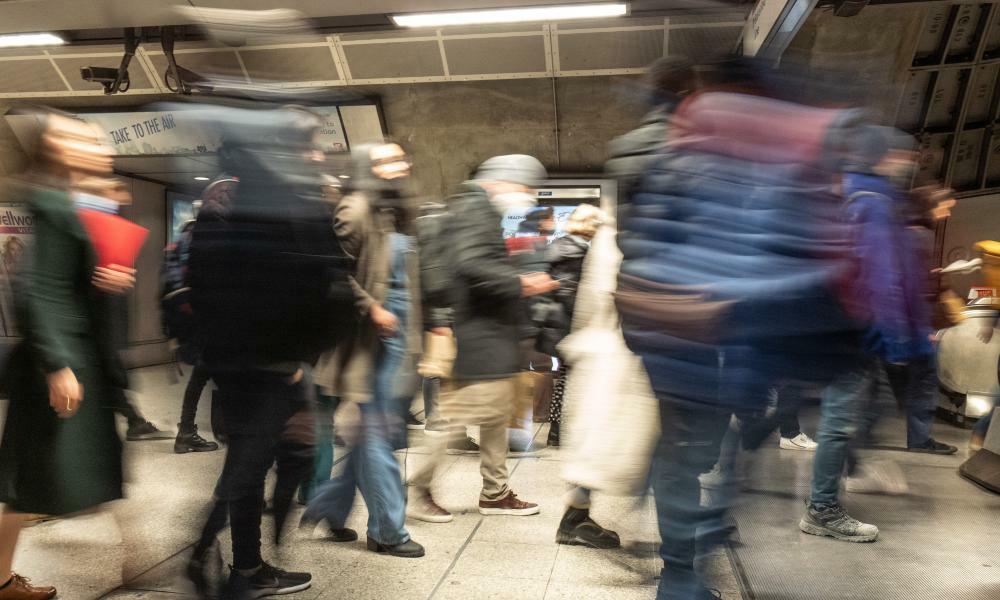 The Guardian - UK
Unequal impact of Covid should be part of UK inquiry, says chair

Islington, Camden, Southwark and Hackney were named as being in the ten most miserable local authorities

Evening Standard
One subscription that gives you access to news from hundreds of sites
US Covid deaths hit 1m, a death toll higher than any other country

The Guardian - US
Ukraine refugees who enter UK via Ireland may be sent to Rwanda, MPs told

A Conservative MP has blasted the government for its “lack of will” to tackle racial disparities after ministers refused to introduce mandatory ethnicity pay gap reporting.

In February, the House of Commons Women and Equalities Committee called for legislation to introduce the metric for companies with more than 250 employees, a requirement which has existed for the gender pay gap since 2017.

But the government has rejected that call, citing “significant issues” relating to statistics as its primary reason not to adopt it.

However, it said it would issue guidance for employers who choose to report their ethnicity pay gaps on a voluntary basis, including offering advice to those in regions with statistically low numbers of people from ethnic minorities.

Caroline Nokes MP, chairwoman of the Women and Equalities Committee, said: “In February, we made clear to the government that the necessary systems and structures to report on the ethnicity pay gap are already in place. Introducing mandatory ethnicity pay gap reporting for larger businesses would set the ball rolling reducing inequalities between different ethnic groups.

“The government’s nonsensical response – which claims that gathering the necessary data would be too difficult, and then promptly outlines how this could easily be addressed – is disappointing.

“It makes clear that what is lacking in this administration is not resource or know-how, but the will or care to foster a fairer and more equal society.”

Companies that employ more than 250 staff are required to report gender pay gap figures and so are “already well resourced” to gather data on ethnicity and pay, cross-party MPs have said.

The decision not to impliment the plan comes after analysis by The Labour Party an first reported by The Independent found ethnicity pay gap data would not be widely published by companies in the UK until 2075 unless the government intervened.

Dianne Greyson, founder of the #EthnicityPayGap Campaign – an organisation founded to raise awareness of the gap and encourage the government to make ethnicity pay disparity reporting mandatory – has condemned the government’s “laissez-faire attitude” to tackling racial inequalities.

“Ministers are embarrassing themselves by taking this stance because there are many organisations supporting mandatory reporting and the groundswell of support for the #EthnicityPayGap campaign is growing.

“With the cost of living forever increasing, those who are affected by the ethnicity pay gap are demanding change now and will not accept the laissez-faire attitude the government is taking.”

This ministerial rejection comes after experts warned that the government is failing to take the matter seriously.

Sandra Kerr CBE, race director at Business in the Community, told a parliamentary session in January that it has been difficult to engage with politicians on the topic.

In the committee’s February report, several incentives were provided for adopting the mandate. For example, research estimates that addressing race inequality in the UK labour market could boost the UK economy by £24bn a year.

The MPs’ report found that the introduction of ethnicity pay gap reporting would be the first step to addressing pay disparities between employees from different ethnic backgrounds.

The Guardian - UK
Unequal impact of Covid should be part of UK inquiry, says chair

Islington, Camden, Southwark and Hackney were named as being in the ten most miserable local authorities

Evening Standard
One subscription that gives you access to news from hundreds of sites
US Covid deaths hit 1m, a death toll higher than any other country

The Guardian - US
Ukraine refugees who enter UK via Ireland may be sent to Rwanda, MPs told