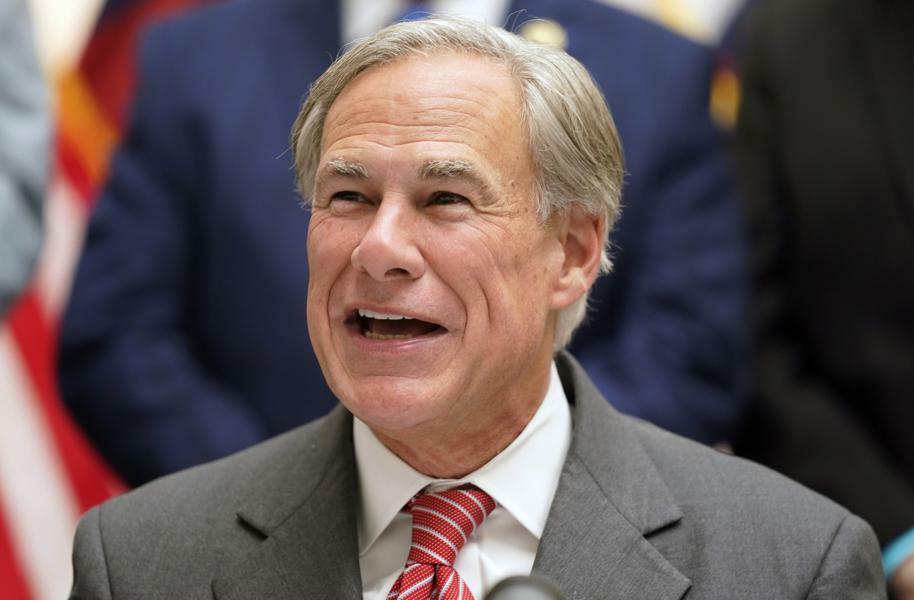 Texas Gov. Greg Abbott defended the state’s controversial near-total ban on abortion and its lack of exceptions for victims of rape and incest Tuesday, misleadingly stating that rape victims can still get abortions under the law and claiming that the government will “eliminate all rapists” in the state.

Texas law Senate Bill 8 (SB 8) has drawn significant criticism since going into effect last week, as the law bans abortions after a “fetal heartbeat” is detected—a term medical experts have criticized as misleading—and has an exception only for medical emergencies.

Asked Tuesday about the law forcing rape and incest victims to carry their pregnancies to term, Abbott claimed the law “doesn’t require that at all” because it “provides at least six weeks for a person to be able to get an abortion.”

Fetal heartbeats can be detected approximately six weeks into a pregnancy, which medical experts say is before many people know they’re pregnant.

The six week calculation is also dated from a pregnant person’s last period, which means the actual window to get an abortion could be more like two weeks even if they realize early enough that they are pregnant.

Abbott also claimed the Texas government would reduce pregnancies through rape, saying the state would “work tirelessly to make sure that we eliminate all rapists from the streets of Texas.”

The governor claimed the state would be “aggressively going out and arresting [rapists] and prosecuting them and getting them off the streets”—historically the vast majority of rapists are never prosecuted, convicted or even reported to police.

310 out of 1,000. That’s the approximate number of sexual assaults that are reported to police, according to statistics from RAINN based on U.S. Department of Justice data. According to the FBI, there were 24,986 rape-related arrests in 2019, the most recent year for which data is available, and the Washington Post calculated in 2018 that less than 1% of all rapes and attempted rapes result in felony convictions.

SB 8,  enacted last week, is likely to block approximately 85% of abortions in Texas, abortion providers estimate, making it the most extreme anti-abortion law to be imposed in the U.S. since the 1973 ruling Roe v. Wade. In addition to the law’s failure to carve out exceptions for rape and incest, SB 8 has also drawn significant controversy for its stipulation that it can only be enforced by private citizens, who are empowered to sue anyone who “aids and abets” an abortion and receive at least $10,000 if they’re successful, which many have decried as putting a “bounty” on those seeking abortions. In addition to Democrats and companies like Uber, Lyft and Bumble that have already mobilized against the law, it has sparked pushback from even some anti-abortion Republicans. Rep. Adam Kinzinger (R-Ill.) and Maryland Gov. Larry Hogan said Sunday they believe the law’s lawsuit enforcement mechanism goes too far, and Kinzinger also took issue with the law not having rape and incest exceptions.

Texas’ governor got a basic fact about pregnancy wrong (The 19th)

Texas Abortion Ban Goes Too Far For Even Some Republicans: ‘A Little Bit Extreme’ (Forbes)