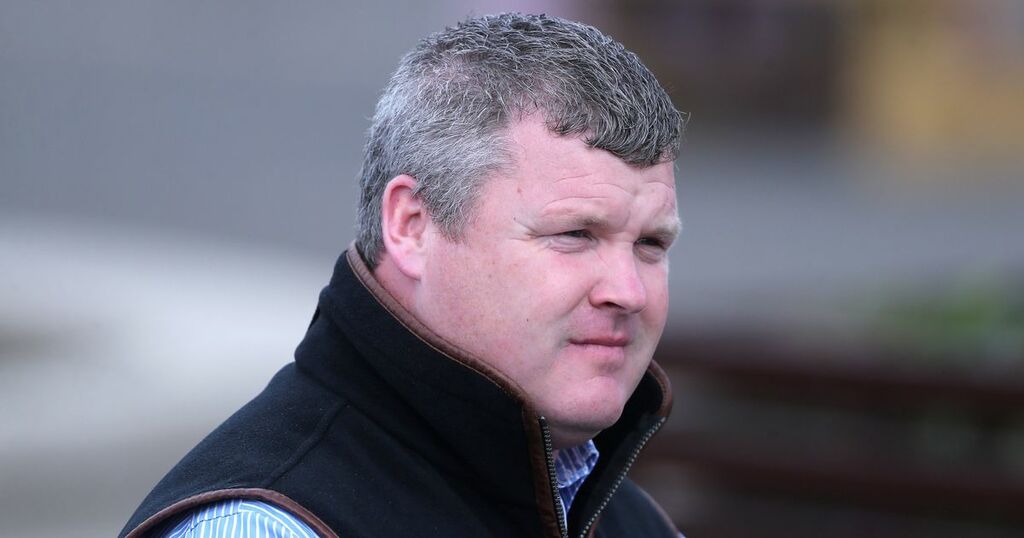 Gordon Elliott returned to the racecourse to saddle his first runner after a six-month ban.

The County Meath trainer travelled to Punchestown, around an hour from his stables, to watch Oh Purple Reign compete in the 2.30 contest.

Elliott was seen giving jockey Declan McDonogh his instructions prior to the start of the Donate To The Coast To The Curragh Cycle In Honour Of Pat Smullen Handicap.

But the pair were out of luck, as Oh Purple Reign crossed the line with more horses in front of him than behind.

Sent off at odds of 9-2, the blinkered four-year-old raced keenly early and wide in the 14-runner field.

Under pressure turning for home, the gelding, successful on his prior start at Gowran, faded into 12th place.

In what was a close finish, Khafaaq (14-1) took victory by a head for Andrew Slattery, from runner-up Himalayan Beauty.

Elliott, also due to run Alice Kitty at the track until her withdrawal, was permitted to make entries from last Thursday.

His last runner was on March 8, following his ban from the Irish Horseracing Regulatory Board, handed out after he was pictured sitting on a dead horse at his Cullentra House yard.

The 43-year-old was also ordered to pay costs of €15,000 and the licence was transferred to Denise Foster in his absence.

Elliott was the youngest person to train the Grand National winner when Silver Birch struck in 2007. He celebrated two more Aintree triumphs with Tiger Roll in 2018 and 2019.

Elliott has declared four horses for Wednesday's card over jumps at Sligo.