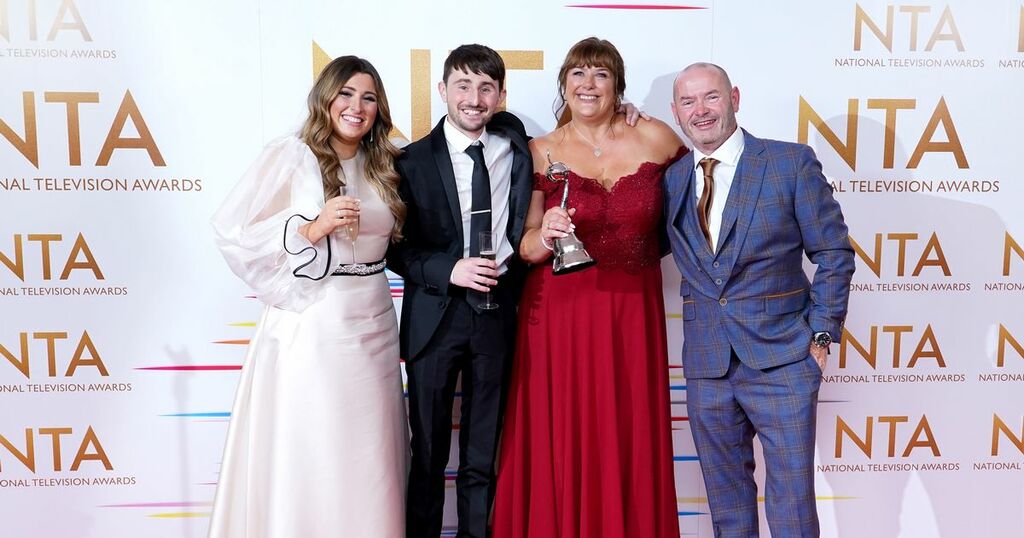 Gogglebox favourite Pete Sandiford has announced he and fiancee Paige Yeomans have welcomed a baby son.

Speaking at the National Television Awards yesterday (Thurs) Pete said that he is 'overwhelmed' by his new role as a father as he described his son as a "cool lad".

The Channel 4 personality was speaking exclusively to The Mirror at the glitzy event, which later saw Gogglebox bag a top award for Best Factual Show.

On being a father, Pete said: "It's a bit overwhelming, got it all going on at the moment!"

"He's a cool little lad, takes after his mum not me," he added.

The fan favourite then joked he had 'suitcases' under his eyes due to being 'up all night'. "I slept on the train here (to the NTAs)... you just got me at a good time now," he said.

In April, Pete announced that he and fiancee Paige Yeomans were expecting their first child.

The TV star shared the joyous news on an episode of Gogglebox by showing sister Sophie the baby scan on his phone.

Sharing his excitement, he told Sophie she was going to be an aunt as he presented her with the images - and she couldn't to wait to find out the gender.

He told her: "Here we go, look at this!" as he confessed he could not believe he was going to be a father.

As she gazed at the images, he revealed he didn't know what he and Paige were having as he said she could be expecting a niece or a nephew.

Pete said to his sister: "Innit mad? I am actually going to be a dad to somebody."

Sophie commented that her unborn niece or nephew was a "proper little baby now", hinting this wasn't the first scan she had seen.

Pete recently confirmed his engagement to Paige and discussed the news on the Channel 4 series with sister Sophie.

To get the latest email updates from Yorkshire Live, click here.