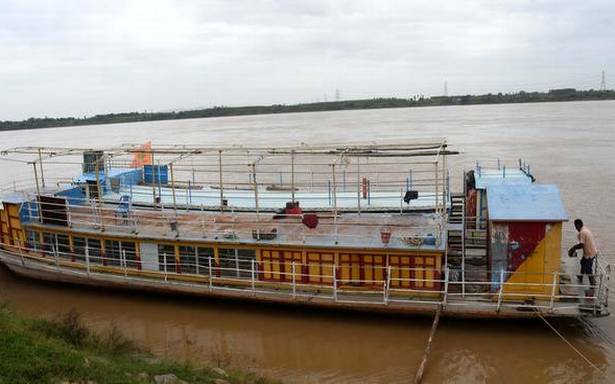 The government machinery has been activated in the riverside areas in seven mandals of the district as the Godavari continued to flow well above the first warning level of 43 feet at Bhadrachalam on Thursday.

The authorities have issued the first flood warning for the flood-prone villages and low-lying areas along the river course in the seven mandals after the Godavari crossed the 43 feet mark at the temple town in the early hours of Thursday.

The water level in the river hovered above 46 feet on Thursday night and inched closer to the second flood warning mark of 48 feet.

The field staff of the Revenue, Irrigation and other allied government departments have been put on high alert to expeditiously shift people living in flood-prone areas to the relief camps and provide them with food and other amenities.

The personnel of the National Disaster Response Force (NDRF) have been deployed along the banks of the river in Bhadrachalam to take up flood relief and rescue operations, if situation warranted.