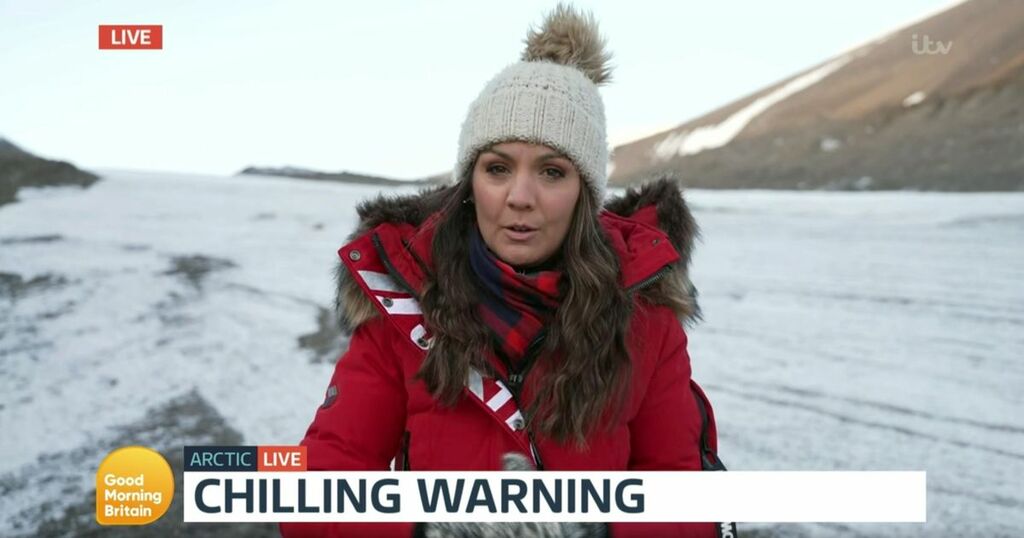 Good Morning Britain viewers claim to have spotted an issue with the show.

The ITV news programme was back on Monday morning with Susanna Reid and Richard Madeley at the helm.

Laura Tobin was also back on the show but aside from the latest weather reports, she was reporting live from the Arctic Circle.

Used to being out on location, this had a bigger significance as she told viewers about the alarming impact that climate change was having in the Artic and what the repercussions of that was.

READ MORE: Ruth Langsford fans flood her with support after she shares update on mum

"It's amazing and it's devastating and it's breathtaking all at the same time," the 39-year-old said on GMB from Svalbard - which is halfway between Norway and the North Pole.

"But we wanted to come here and see it and witness it first-hand.

"It's only when you see it before your eyes you understand how dramatically it's changing and how huge the emergency really is."

But GMB viewers were left questioning why Laura had to fly to the Arctic for her report.

"How much has it cost to fly Laura out, what's her carbon footprint for the journey?" asked one.

Another said: "Go on about climate change and how we need to change our ways…Then fly to the Arctic…"

An ITV spokesperson said: "All flights booked as part of Good Morning Britain's trip to the Arctic were carbon offset. The Norwegian Polar Institute worked very closely with GMB on the trip, as they were keen to demonstrate what impact global warming is having in the region."