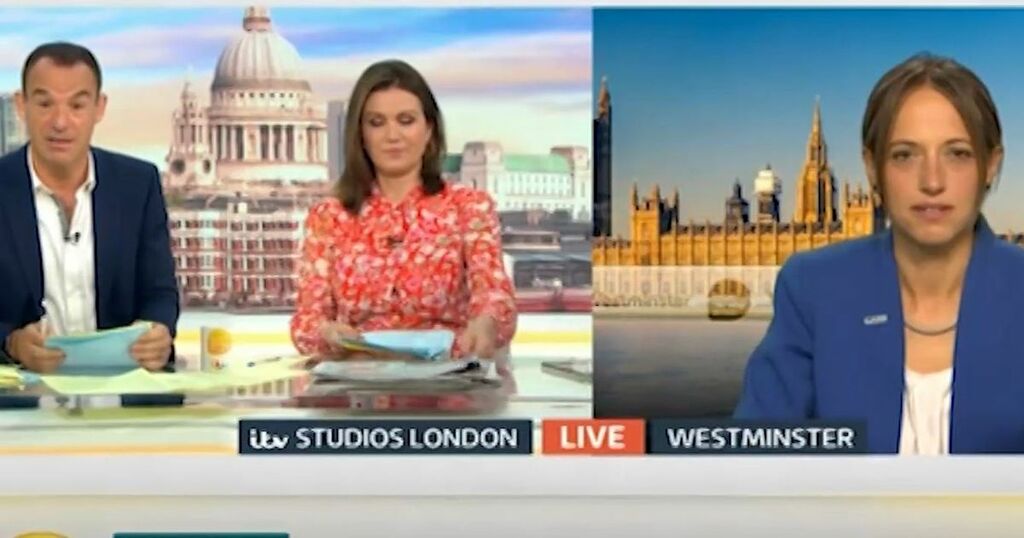 Martin Lewis pulled no punches as he took care minister Helen Whatley to task over a rise in National Insurance as he returned to Good Morning Britain on Thursday.

The money saving expert was back on the ITV daytime show for another stint as guest host, after impressing viewers earlier this year.

Martin and GMB colleague Susanna Reid were joined by Whatley, who famously clashed with Piers Morgan during his time on the show,

She appeared for interview to address the row over a rise in National Insurance as the Government revealed plans to increase it by 1.25% to fund social care and help the NHS after the strain it was put under due to the coronavirus pandemic.

Addressing care charges, Whately replied: "People do need to draw on some of the value of their home to fund their care.

"Everybody in that situation will be able to access deferred payment agreements. Local authorities and the treasuries involved in errr...some of the financial mechanics behind the scenes.

"That's about the level of detail I can go into at the moment."

Unimpressed with her response, Martin replied: "So we don't know?"

She told him: "I gave you an outline errr," to which he fired back: "There are no practical answers to that question.

"I'm sorry, I do practical journalism. I want to know the mechanism. The mechanism clearly doesn't exist."

ITV viewers were impressed with Martin. Underneath his tweet about being back on GMB, one fan replied: "You were fantastic Martin, no pushover when locking horns with Govt Minister. Just shows how unnecessary it is to raise your voice, intimidate or bully the interviewee. You were perfect. Hope you return."

A second responded: "You nailed it. No messing, direct, straight to the point. You should be permanently on GMB. A real asset."