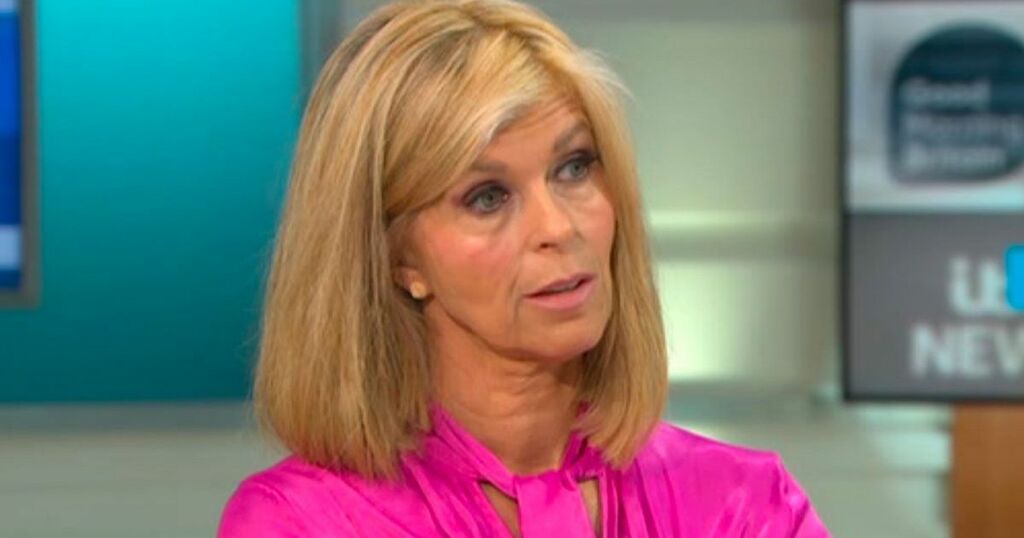 Kate Garraway got tearful on Good Morning Britain as she discussed her attendance for the National Television Awards.

Kate’s ITV film Finding Derek, which examines her family’s struggle as husband Derek Draper battled with Covid-19, is nominated for the Authored Documentary award at the National Television Awards on Thursday.

Speaking about the nomination on Thursday morning’s show with presenters Martin Lewis and Susanna Reid, Kate admitted that she feels torn about attending the ceremony without Derek and in regards to the subject matter of the documentary.

Kate noted there were many wonderful nominations and could all be voted for, while Martin praised the film as “compelling viewing”.

As she recalled her last NTAs ceremony when Derek was well, she revealed that when she went on-stage when I’m A Celebrity Get Me Out of Here! won she has wished Derek had attended.

Kate revealed on GMB: “I’ve been feeling really emotional, to be honest, and wondering whether to go at all, about going.

“It just feels a bit wrong to go, it feels wrong to ask people to vote because it’s such a difficult subject.”

However, the presenter revealed that she had had an encounter with a viewer which prompted her to then get tearful.

Kate revealed that a woman passed her as she put out the recycling outside her house the day before.

Kate responded by predicting that the film would not win due to the other nominees, but the passerby revealed: “She said, ‘My sister got Covid in May 2020, it damaged her heart’ - makes me feel tearful now - ‘and two weeks ago, she died from that heart damage’."

She went on: “And I just thought, okay, I am going to ask people to vote, because there are millions of people that are still - as we try to get on with our lives and get some joy back - still suffering from Covid, suffering from their livelihoods, there are people waiting for treatment for other things because of the strain that the pandemic has put on the NHS, and they, as we try and get on with our lives and feel a bit of joy again, are starting to feel forgotten.”

She revealed that the passerby said her late sister got a “boost” from watching Kate’s film, with Kate revealing that she wants the film to win as she does not want those people to be forgotten.

Martin Lewis then reminded Kate that her husband Derek is proud of her as a journalist as well as a wife and would want her to attend.

He encouraged Kate to attend and hoped to be celebrating with her on Friday morning’s show as the present alongside each other.

Susanna vocally advocated for viewers to vote for Kate on the NTAs website, while Martin also heavily implied that viewers should vote for Kate too.