A Mint compilation of earnings data reported by global oil giants shows some have recorded their best profit figures in years, even decades, as crude oil prices soared after the Russia-Ukraine war broke out.

Saudi Aramco, the world’s largest oil company, is now neck-and-neck with Apple as the most valuable company globally and is ranked on top as of Friday’s closing. The company also reported more than 80% growth in its profit in the March quarter.

Oil majors ExxonMobil, Chevron, Shell, TotalEnergies, and ConocoPhillips have also reported a year-on-year (y-o-y) earnings growth of 80-255%. National producers from China and Russia are not behind.

Brent crude prices crossed $100 per barrel in late February and remained above that mark for almost throughout March. The prices have further surged in May after the EU’s proposed tightening of sanctions on Russia. On Friday, Brent crude was trading around $113 per barrel.

Indian oil producers Oil and Natural Gas Corp. (ONGC) and Oil India are also likely to report strong quarterly earnings this week, reaping the benefits of high oil prices. However, the companies down the value chain, which engage in midstream and downstream operations, are staring at sharp losses. This is because fuel prices during the election season, from November 2021 to March 2022, remained unchanged.

Fuel retailers such as Indian Oil Corp. Ltd (IOCL), Hindustan Petroleum Corp. Ltd (HPCL), and Bharat Petroleum Corp. Ltd who were unable to pass on the high cost to consumers, they are taking a hit. IOCL and HPCL reported a 31.4% and 40.5% decline, respectively, in their March quarter earnings.

Fuel retailers are allowed to set rates, but they have so far shied away from increasing prices commensurate with the rise in crude oil prices.

Bringing some relief, the Union government, on Saturday, reduced central excise duty on petrol by ₹8 per litre and on diesel by ₹6 a litre. This would give fuel retailers some leeway to cope up with the volatility in crude oil prices and could lead to a reduction in their under-recoveries.

If the government allows the upstream companies to reap the benefits of the high crude oil prices, it will definitely be very positive for ONGC and Oil India, said Swarnendu Bhushan, senior group vice-president and oil and gas analyst at Motilal Oswal Financial Services However, fuel retailers are losing ₹8.8 per litre on petrol and ₹12.9 on diesel.

This could mean that profitability of Indian oil marketing companies will not be in sync with similar companies in the free-market regime abroad, Bhushan said.

“So will the government allow these OMCs to take this whole burden of under-recovery or ask ONGC and Oil India or maybe GAIL to participate in this sharing of under-recovery? That is the big question," Bhushan said. 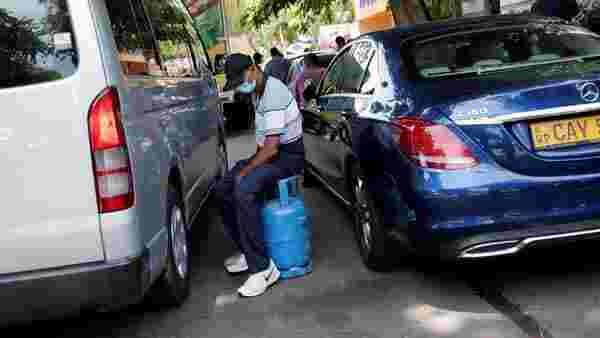 Livemint
One subscription that gives you access to news from hundreds of sites
Dealers say oil firms want them to curtail diesel, petrol sales

The Hindu
Oil at $110 a barrel not sustainable, says Hardeep Puri at WEF Davos