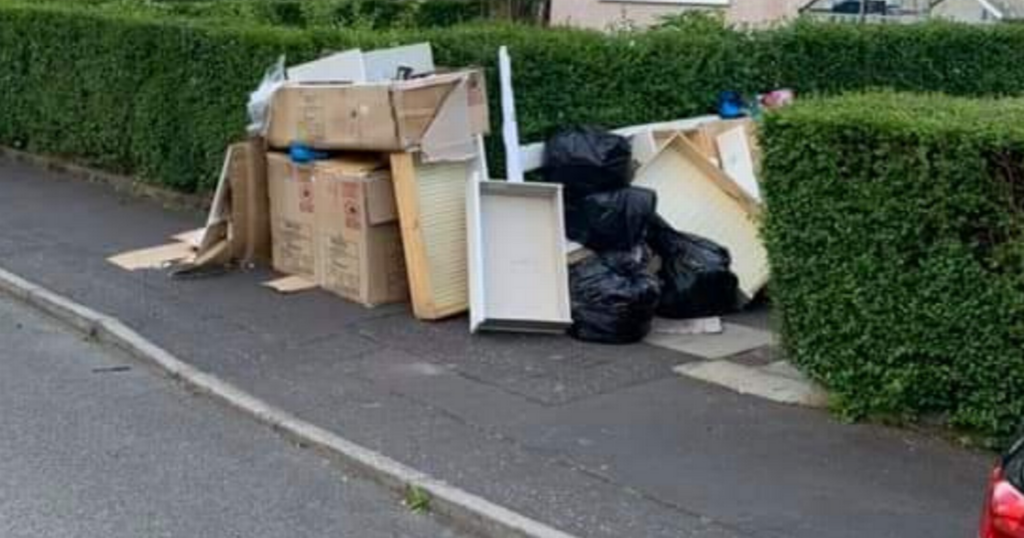 Opposition councillors in Glasgow are being urged to back calls for tougher penalties on those caught fly tipping, as part of a push to scrap bulk uplift charges.

Tory councillors are expected to present a motion at Glasgow’s full council meeting this Thursday urging all councillors to back their campaign to reverse the £35 charge which they say has “exacerbated” Glasgow’s cleansing crisis.

The motion also asks the council to reconfirm its commitment to stronger enforcement action against those who engage in illegal waste disposal.

Conservative group leader Thomas Kerr is asking opposition members to join them in their campaign ahead of Thursday’s debate.

He said: "If one thing unites all opposition parties in Glasgow it's that our city is needing a lot more than a "spruce up" as the SNP leadership believe.

“That's why this week the Glasgow Conservative Group will be taking the lead and asking others to join us and scrap the SNPs bulk uplift charge.

“The question for others is will they join us? Malcolm Cunning and Labour are endlessly complaining on social media about the state of Glasgow but when it came to delivering his party backed bin collection cuts and the bulk uplift charge. Now they have a chance to fix it by actually taking action, not warm words.

“The people of Glasgow will see this week who is serious about cleaning up Glasgow. I hope others follow us in taking urgent action."

The motion, which will be presented by councillor Euan Blockley, is asking the council to note that the move from a weekly bulk collection system for many tenement properties to an appointment-only system was "poorly communicated and has resulted in many residents in these areas being unaware of the correct method for bulk disposal".

He claims that such confusion has then allowed those who deliberately and illegally fly-tip to take advantage of this situation.

His motion reads: “This council further acknowledges the recently implemented bulk waste charge to have exacerbated an already worsening problem of rampant fly tipping across the city and recognises the severe discomfort that Glasgow residents face as a result of being forced to live and work amongst large, often obstructive, abandoned furniture and other items.

“This council states its belief that Glasgow and Scotland require legislative changes in this area, including much stronger fines for fly tipping as well as legal measures to allow for the liability and cost of cleaning up fly-tipping to be passed back to those who carry it out.”

If the motion is agreed an urgent review into how Glasgow City Council delivers its fly tipping enforcement work will be brought before the next environment and sustainability committee.

The Chief Executive will also be instructed to immediately suspend charging for bulk uplifts for the remainder of this financial year.

Both Labour and the SNP groups were asked for comment.