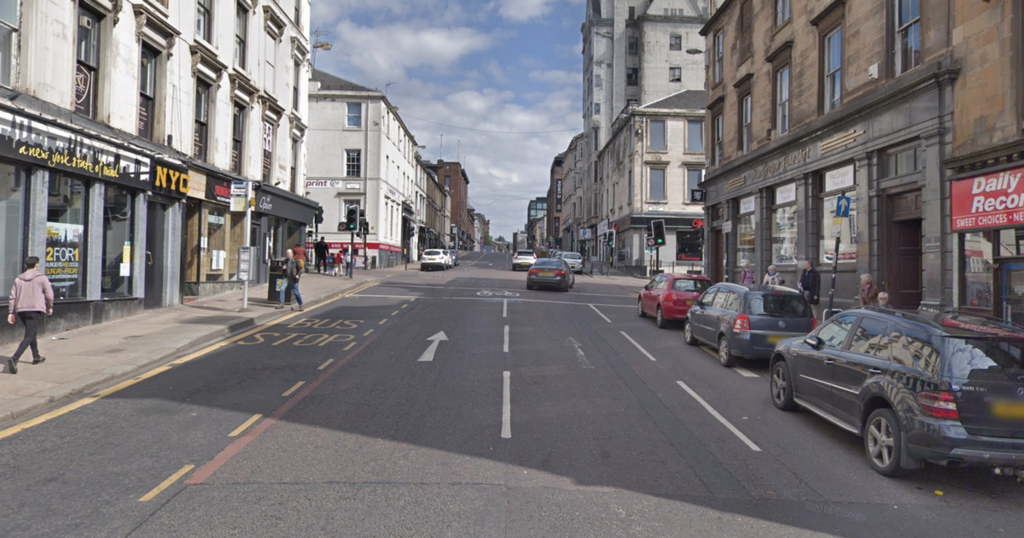 Police are appealing for information after a 36-year-old man was assaulted on Hope Street in the city centre earlier this week.

The man was found lying on the pavement by passers-by around 10.15pm on Tuesday (September 7) and taken to Glasgow Royal Infirmary for treatment for a serious head injury.

It is believed a number of people were in the area at the time and officers are keen to speak to anyone who may have seen what happened or who can assist with enquiries.

In particular officers would like to speak to a man aged in his late 20s to early 30s, around 5ft 8ins with shaved fair hair. He was wearing a navy t-shirt and shorts and carrying a black drawstring bag with ‘JD’ on it.

This man may have been in the company of another man and a woman and also had a dog.

Detective Constable Vhairi Mills said: “We believe a number of people were around at the time of this assault and we are asking them to come forward as they may be able to help with our investigation.

“Anyone with information is asked to contact Police Scotland on 101, quoting incident number 3748 of Tuesday, 7 September, or make a call anonymously to the charity Crimestoppers on 0800 555 111.”