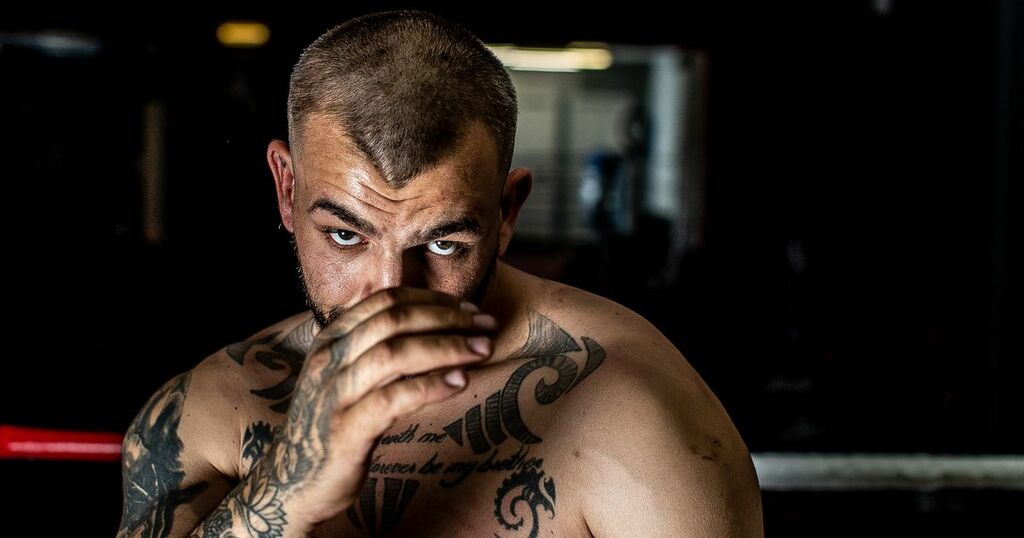 A Glasgow bare-knuckle boxer has told how the sport has changed his life as he bids to go from homeless sorrow to glory in the States in less than a year.

Jonathan Royle, 32, was living in a homeless shelter in Cumnock at the start of the year before getting his life back on track.

The dad-of-one, originally from Manchester, moved to Scotland three years ago to further his fighting career and make a better life for his son.

Originally a conventional boxer, kickboxer and MMA fighter, Jonathan has spent the past year training in the bloody, brutal world of bare-knuckle boxing in a bid to earn the big bucks in America and create a legacy for his two-year-old boy Roman.

Speaking to the Record, Jonathan said: "It's a rough sport. There's fighting on the street bare-knuckle and there's guys that are trained to fight. It is a different ball game.

"Don't get me wrong, I do think about it sometimes like, 'bloody hell this is a bit much isn't it'.

"But it's the last stopping point. The last notch on the belt, if you like in terms of my fighting career. After this there will be nothing else for me to do really.

"This is about being where I want to be, America is the aspiration. I've got a son, so leaving behind a legacy - someone he can be proud of in his dad, that's the most important thing for me out of this."

Jonathan moved north of the border when his Scots ex-partner became pregnant with Roman in 2018.

Shortly after his move came the pinnacle of Jonathan's fight career, when he was a beaten finalist in the WKU, kickboxing world championships.

But life entered a downward spiral following his defeat, where he was knocked out by the eventual winner.

He split from his partner in the same year and, even though he had the option to move back home, Jonathan decided to stay for his boy.

In the months following he hit rock bottom, eating from food banks and using the only money he had to see Roman.

He said: "I fought for the world title in kick boxing in 2018 and it was the first time I'd ever been knocked out. I don't know what happened after that, but my head wasn't right. It was a bad few months and I vowed to never be that guy again.

"Through the homelessness, I had nothing. I was living in a shelter in Cumnock, miles away from my son in Bellshill. I had to get a four hour bus to see him for two hours. I couldn't even afford to do it.

"I had foodbanks dropping food off on a Wednesday morning - it was the worst.

"I had my family back home offering money, crying down the phone asking me to come home - but I just couldn't leave my son.

"I got through that and I've got my life back on track now."

Jonathan credits his new-found love for bare-knuckle boxing with getting him out the hole in his life and added: "It's an obsession.

"Even just as I had paid off my debts and got my house and my son back I was in a car accident and I had to spend a couple of nights in hospital.

"When I was in, I was discharging myself to go train. This is what it's all about. We're obsessed.

"It's not about money - there was so much going on in my life, I could have made excuses and given up, but I didn't."

Jonathan's day job has primarily been working with vulnerable children throughout his life, but he's currently a window glazer by trade.

But he knows his own ability in boxing and wants to create this legacy for himself by becoming one of the biggest names in bare-knuckle boxing.

Dazzled by the bright lights and prestige of the sport over the pond - Jonathan insists he'll be there proving himself against the best before the year is out.

He said: "I could just work and get a job that will pay the bills, but that's not enough for me.

"In terms of bare-knuckle boxing I'm a debutant. I've not fought in that sport competitively, but I've been in the combat circuit for a long time now.

"Bare-knuckle is pretty much the same as boxing. There's nothing totally brutal, it's a sport of respect - a gentleman's sport.

"The sport itself - regardless of what anyone would want to say about it - is still in it's early stages. It's not heavily regulated yet. There's no regulatory bodies like you see in UFC and prime time boxing.

"My management are in conversations with the top organisations in the world at the moment.

"There's more money in the fighting in America. Going into this I'm going to set the bar as it is. I got offered £200 to fight in Blackpool in August. I've been taking good pay over the last five years I'm not going to settle for £200. If I take that, that's my value set.

"If I go over to the States I can get offered $3,000 for my debut fight, $5,000 for my second. The sport is more developed over there - I want to prove myself against the best.

After training all year, Jonathan says bare-knuckle bosses are scrambling to sign him up for a fight.

"Right now we are in conversations with the top organisations all over the world," he said.

"Because of Covid restrictions there have been a few hold ups. But BKFC and BYB in the States are two organisations that my management are in talks with right now.

"There's been a lot of different organisations wanting us over. This is top level - we're not doing back yard stuff.

"For me as an athlete I always act as a professional. When I went through homelessness I acted like a professional through all that. So for me to go into this, this is the last stopping point in my career and I'd like to be taking good pay.

This summer a short documentary called 'Legacy' was made following Jonathan's struggles and the sacrifices he's made in his bid to achieve a dream of competing at the highest level.

He said: "I'm going to dedicate the next three or four years to this sport and I want this to be the best spell of my career.

"This is happening this year. I called it in January. Everything I said would happen back then has happened - and I will be competing in America before the end of this year 100%.

"It's not about titles, that is a part of where I'm going but that's not the important thing for me.

"I want to compete at the top level, I want to fight the best. I know I can bang, I know I can fight - but I really want to know that I'm one of the best strikers there is.

The documentary, released by Echo Whisky Films, can be viewed by clicking here.