Gisborne father Chris Wakelin lost both his sons to drowning. This is his message to New Zealand 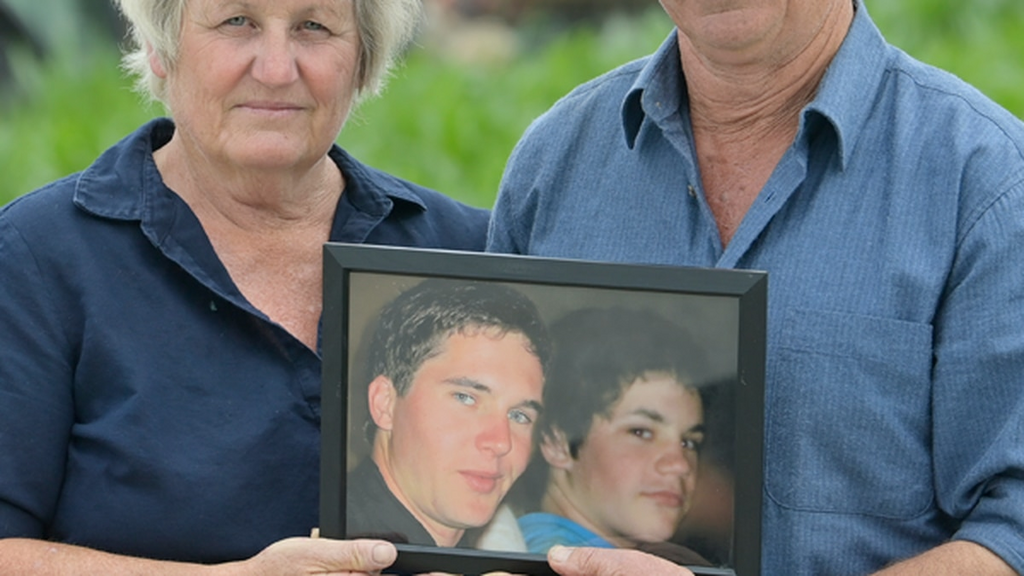 Early European settlers called it "the New Zealand death", and Māori history also carries the memory of tragedy in and on our waterways. But the story is still being written. Yesterday searches were continuing for a missing swimmer off Auckland's Kariotahi Beach. And since December 1, 31 people have died in water-related incidents, 14 during the official festive season holiday period - a staggering 180 per cent increase on the same time last year. The toll of human suffering from each loss is incalculable. Seven years ago this month, Chris Wakelin was among the newly bereaved by drowning. His sons John, 19, and Paul, 23, died after John became caught in a rip, and Paul tried to save him, at Gisborne's Makorori Beach. As told to Cherie Howie.

What goes through my mind when I hear about these tragedies on the water?

It's a bit savage on my soul, you know?

These people are alive today, and tomorrow they're gone. Just like my boys.

And that's it. It's final. There's no coming back.

I know my boys have missed out on so much. I would've loved them to have been part of our lives, with where we've been, and what we've done.

Over the years we've travelled a lot, and they're not here to enjoy that.

We went all round the world with the boys, when they were alive. We would've continued that.

I'm a contractor - I make hay, I've got diggers, we grow maize - and my oldest was actually working for me when he died, and he was just unbelievably awesome.

He could handle a digger as good as I could, and he could build stuff.

He was an amazing, genuine guy, very much loved by all his mates, and we've kept in touch with a lot of Paul's friends, they call and check on us.

They've got partners and babies and they're established in good jobs, they're grown up and are getting into the big world.

It is bittersweet. It's good to see them, that's for sure. But it's very hard at the same time.

Paul had a beautiful girlfriend, they lived in a house down the road from us, and I actually had a cup of tea with her on Tuesday.

She's had a hell of a battle, too. She really loved my boy.

And John, he was a unique little character, he had a good team of friends too.

He loved beekeeping, we'd put him through a course, and he was a great cook. He'd just disappear into the kitchen and cut up a heap of vegetables and all sorts of unusual stuff, he came to really like curried, hot stuff.

One day he tricked me and said 'Have a little taste of this, old man', because he called me old man, and I just about burnt my mouth out.

He was running around just about crying with laughter.

I've done boating stuff all my life. I was cray potting since I was old enough to row a boat.

I loved it. I'd get out there in the morning and the sea would be clanking against the aluminium boat and I'd have my pots.

No one would come with me, the boys reckoned it was too dangerous.

But I've never been out on the water since they died.

I try not to look at the sea, and if it comes on TV - for any reason - I change the channel.

It's just too hard.

I sold my boat and my pots, and have turned down invitations to go fishing.

I'm sad to have lost that relationship with the sea and, in some ways, I think I've got to get over it and go back out one day.

We've been to where the boys died a couple of times. But you do it really hard, you just sort of want to get out of there.

It's something I sort of respect within myself and I leave it alone and don't try to push it, and maybe one day we'll get through, and we can sort of face it.

When the boys died, we were staying at Tatapouri By The Sea campground.

We'd always have a couple of weeks out there and it was just a brilliant holiday for us.

The salt air, waking up with the waves pounding on the shore and a really cool atmosphere. It was the sort of place you could put your head down and read 20 books.

We always regarded Makorori, which is just over the hill from the campground, as a safe beach, and we'd often go over there just to swim.

On that morning, Paul had taken John and a friend there and they'd just wanted to have a dip in the sea, and Paul was fishing off the beach.

And John and his mate got caught in a rip, so Paul went to save them.

He got to John but in a drowning situation, people who are drowning pull other people down.

Paul was a hero, and he and John really loved each other. They'd go everywhere together.

But the sea is a bloody dangerous place, and people underestimate it.

I think John was in his last throes and Paul came out there, he was a good swimmer, but I think he just underestimated the situation and John just held him down too long.

I had thought in the weeks before of getting them inflatable life belts. That would've saved them.

I think whenever you go in the sea for any reason, just pop one of those on. They go around your middle and if you get into trouble you just pull the cord and they inflate.

Because you can get in a wave and it will tip you head to toe and in and around and you've only got to get a mouthful of water, a bit of panic and it's history pretty quick.

A minute without air, unless you've really got it together, you're history. It's so dangerous.

It's not half an hour or an hour, it's one minute.

And then four minutes without resuscitation and you're gone.

I hope people understand how dangerous the open water can be, not just the sea, but rivers, lakes and estuaries.

If talking about what happened to Paul and John saves one life, it's worth doing.

Losing them is the toughest psychological battle I've ever been through.

We've still got their ashes on the mantel. They're together. We've got a plot for them too, one day when we're up to it we'll put them in this little place together in the cemetery.

You want to join them, for quite a while there.

You've raised them from a baby up to 20-odd years old and you've watched them grow, and taught them to talk and taken them to school and travelled with them and they're your little buddies and then to suddenly be without them, bang, it was just so final.

But on the grief side, you do have to sort of get on with life and do the best you can do, and avoid things that really hurt you, and stick a smile on your face and hope one day it'll stick there.

You can't bottle it up too much.

It's like the sea. I'll have to walk back through it again some day.

Where to get help

Need to talk? Free call or text 1737 any time for support from a trained counsellor.