Girl, 8, with Tourette's suffers lockjaw for 24 hours - and unable to eat or drink 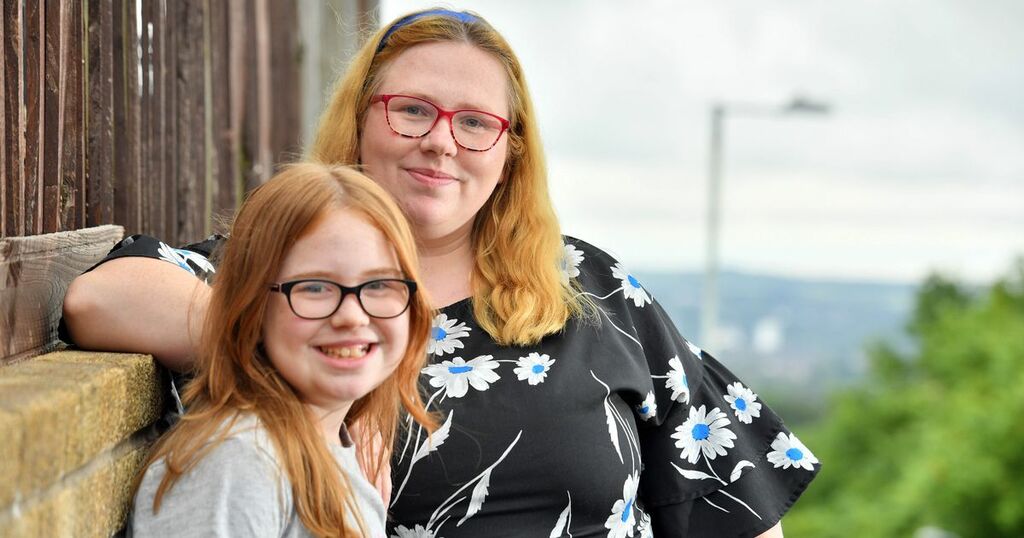 A mum whose daughter has Tourette's syndrome said she experienced a tic attack that caused her jaw to lock for more than 24 hours.

Lucy-Marie Phillips was eight-years-old when she developed an unusual involuntary motion in her face.

Her mum Toniann pleaded with doctors to get her seen for the condition, but it was another two years before she was diagnosed, reports Wales Online.

As a singer and member of her local drama club in Pontypool, Wales, it impacted her ability to perform.

And up until now she hasn't been able to complete a solo performance without a tic.

On one occasion, Toniann's daughter experienced a tic attack that caused her jaw to lock completely for more than 24 hours.

She told said: "That was really painful for her. She couldn't eat or swallow,"

Toniann has taken to educating people about the condition in an effort to break down the stigma her now 11-year-old daughter experiences.

"It's such a common condition that's still quite taboo," she said.

"It's really important to Lucy and I that we break the stigma - Tourette's is not just swearing."

The family have had a few instances when members of the public have mocked Lucy-Marie for her tics, something that Lucy-Marie finds very upsetting and distressing.

"I find it really hard to not be unkind in that instance, I've now taken to educating people about Tourette's instead of shouting at them," Toniann said.

"When someone has said anything about a tic Lucy was having, she would melt, she would cling to me and beg me to leave. She even ran out of a shop once and a member of the public had to grab hold of her for me."

Lucy-Marie said: "They made me feel like I wanted to stay at home, where no one can see me or hear me.

Toniann said doctors will not give a diagnosis of Tourette's syndrome until symptoms have continued for a year.

With no specialist support services for children with Tourette's syndrome in Wales, parents have started a petition to the Welsh Government to get their children the support they and their families need.

A link to the petition which hopes to provide a clinical pathway, medical care, and specialist support for people with Tourette’s Syndrome in Wales can be found here.

Toniann said: "Having access to a Tourette's specialist would make a massive difference to us.

"I haven't actually been given any information about Lucy's condition. I wouldn't know anything had I not researched it myself.

"Let alone somebody to help me, there's nothing to help Lucy. There's no way of explaining it to her, there's no support.

"There's not a lot that we can do for Tourette's I was told by a doctor, they were basically saying don't hold your hopes up."