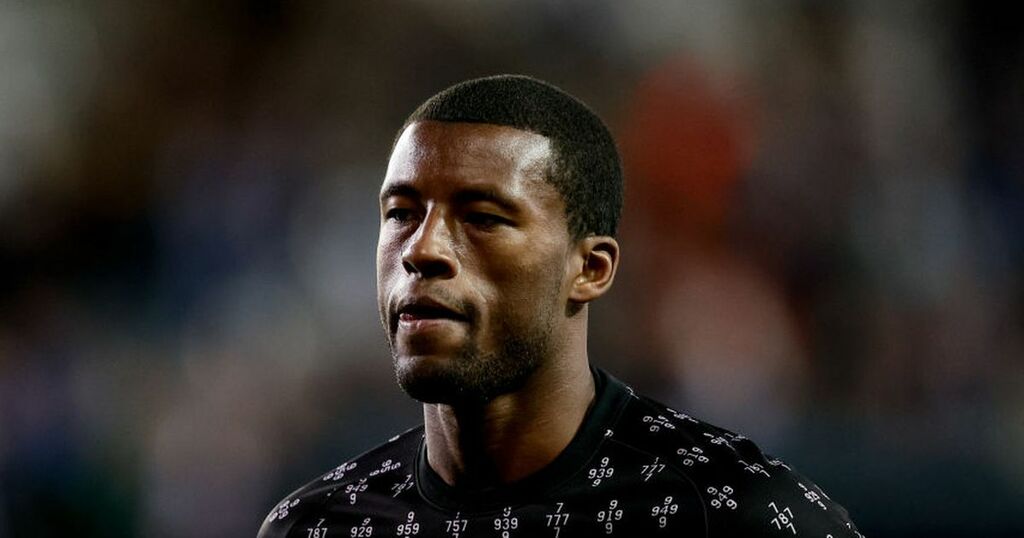 Liverpool legend Ian Rush has said that, in hindsight, Gini Wijnaldum would have been better off remaining at Liverpool.

Wijnaldum spent five years on Merseyside, but called time on his spell with Liverpool following the expiration of his contract.

However, despite moving to France, there have been reports that Wijnaldum is not totally settled in Paris.

There have been suggestions in recent weeks that a move back to the Premier League could be on the cards.

Arsenal have been listed as the favourites in a potential loan deal, while Wijnaldum’s old club Newcastle United have also been mentioned as a possible destination.

Rush argues that while Wijnaldum may have been wrong to leave Liverpool, it would “make sense” to move back to the Premier League and join the Gunners.

“I notice Gini Wijnaldum being linked with a move to Arsenal this week and I can see why, it makes sense,” Rush told Gambling.com .

“He’s an experienced midfielder and became a really valuable player in Klopp’s Liverpool side and I had hoped he would stay at the club beyond last summer.

“In hindsight, it looks as though he would have been better off staying at Liverpool, but he chose to take up the offer from Paris Saint-Germain and as we see all too often the grass is not always greener on the other side.

“He’s not playing regularly in Paris but he’d definitely get more game time at Arsenal, who could use a bit of experience to complement what is already a good but young side. That little bit of extra experience would add something to their midfield.

“They could face some competition from Gini’s old club Newcastle though, who have a new-found wealth, and a lot of football decisions come down to money these days.

“If he does end up going back to Newcastle, you’d have to assume he’s only going there for financial reasons because they look like they’ll be playing Championship football next season.

“Arsenal would be a much better move for him in my opinion, even if it’s on lesser wages.

“They’re really going for the top four and they’re still in the hunt for a trophy. But if Gini has both options it will come down to either a football decision or a financial decision.”

Rush also commented on Philippe Coutinho’s loan move to Aston Villa for the remainder of the season.

Coutinho left Liverpool in a £142million deal in January 2018, but things since have not gone to plan for the Brazilian.

Villa reportedly have the option to make the deal for Coutinho permanent at the end of the season for £33m, and Rush hailed Reds legend and Villa boss Steven Gerrard for recruiting the 29-year-old.

“It didn’t surprise me at all to see Steven Gerrard go in for his old team-mate Philippe Coutinho early in the January transfer window and I can’t wait to see him back in action in the Premier League,” Rush added.

“He’s a quality player who just seems to have lost his confidence over the past couple of years. We never wanted him to leave Liverpool but he’s Brazilian and probably grew up dreaming of playing for Barcelona.

"He achieved that dream, and although it didn’t work out too well for him I still think there’s a great player in there somewhere and Aston Villa could well be the right club to help him rediscover his form.

“It’s a great move for both parties. Villa are ambitious again and Gerrard will likely try to use Coutinho in a similar role to the one he carried out so well during their time together at Liverpool. Knowing Stevie as I do, he will plan to get Coutinho on the ball as much as possible and I’d love to see him prove to the whole world that he’s still as good as he was at Liverpool.

“People forget that he’s only 29, so he really should be in his prime. I see the prime age bracket now as 29 to 31 but not all players are the same.

“Physically, he should be in better condition than ever so if Gerrard can just help him rediscover his confidence then I think he’s pulled off a real coup there.”