Giants close out 2021 season with another humiliating dud 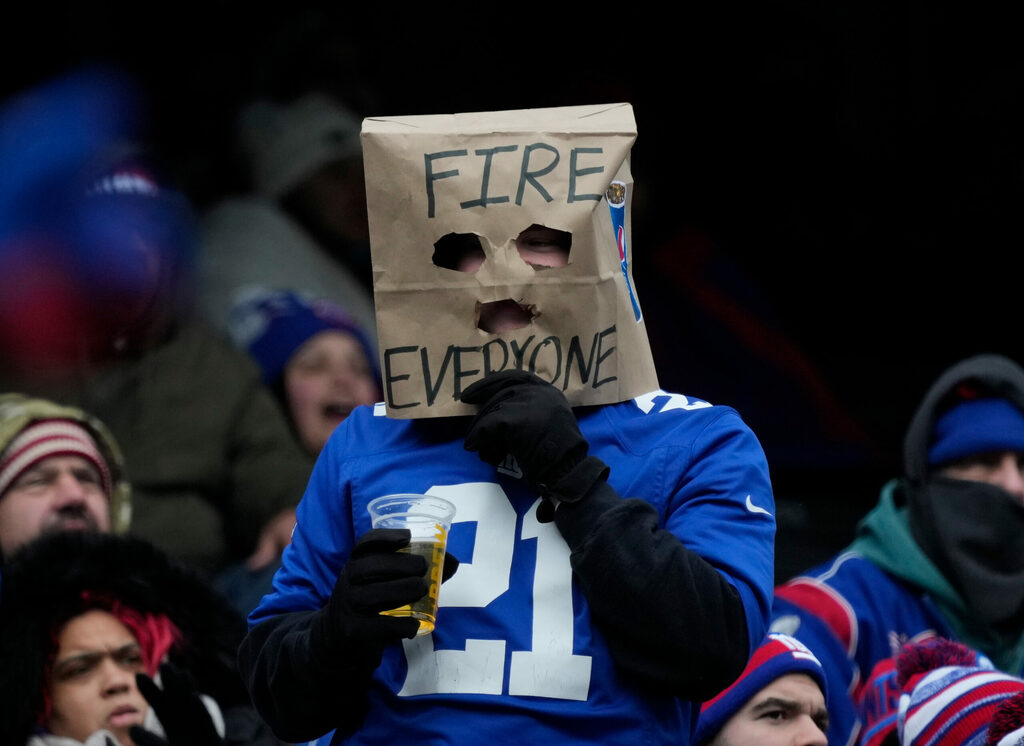 The New York Giants took on the Washington Football Team in a nearly empty MetLife Stadium on Sunday. However, the handful of fans in attendance still managed to be loud enough so that head coach Joe Judge — as he requested — could hear their boos.

The game itself was similar to the past several. There was little to note offensively, the play-calling was horrendous and it was over long before the final whistle blew.

With the loss, the Giants fall to 4-13 on the season and Judge becomes the first coach in franchise history to lose 13 games in a single season.

Let the firings and retires begin.