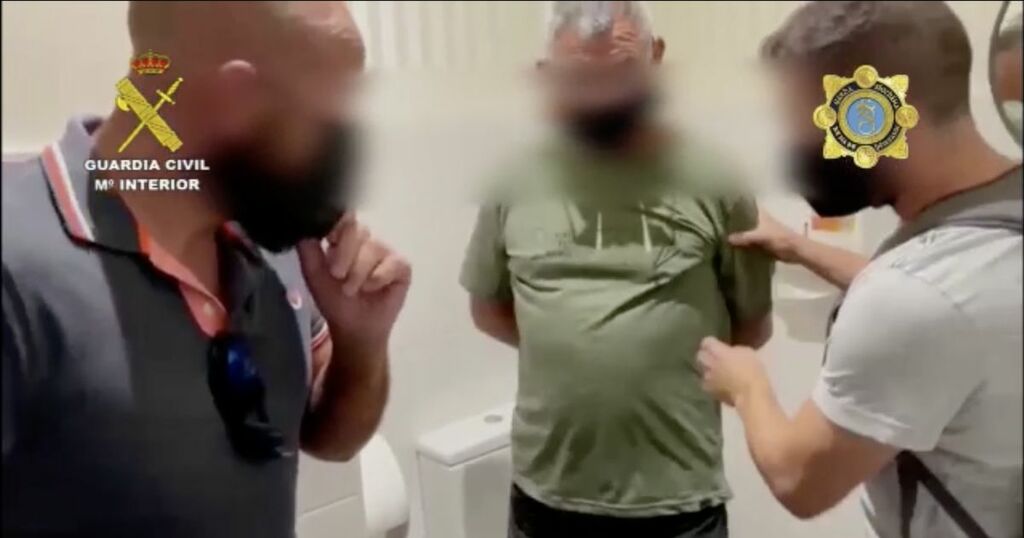 A court has rejected an application from Gerry "The Monk" Hutch to serve a prison sentence in Spain if he is convicted over the Regency Hotel attack.

A judge in Spain has also given the go-ahead for the 58-year-old's extradition but there will be no handover of the fugitive to Irish authorities until a decision is made over an appeal from the veteran criminal.

The Monk has been in custody there since his arrest on August 12 in a restaurant in the Fuengirola area of the Costa Del Sol on foot of a European Arrest Warrant.

He appeared in a closed sitting of a court in Madrid just days later and has been locked up on remand since.

However, a source from Spain's National Court told the Irish Mirror, speaking on condition of anonymity, that the Monk's legal team made the request that if he is later convicted over the murder of David Byrne at the Regency Hotel attack in 2016, that he serve the time in Spain.

We understand that Hutch's representatives based the application mainly around fears for his safety. However, a judge in Madrid has rejected the request.

The source said: "While the Monk's application to stay in Spain is primarily based on security grounds due to a fear of a Kinahan hit on him behind bars, it is also thought to be motivated by the more favourable Spanish regime.

"There, he is allowed conjugal visits for example. The cells and prisons themselves are better equipped, better furniture and would be more modern than Irish prisons."

Hutch's appeal against his extradition is almost certain to fail as a European Arrest Warrant is an established instrument.

And therefore, The Monk would have to prove that his rights were infringed during the Spanish process.

This appeal is expected to take at least a number of weeks, if not longer.

He now remains on remand at the maximum security Soto del Real jail near Madrid.

There are no specific measures put in place to prevent an attempt on his life, even though the Kinahan cartel is known to have extensive links to Spanish, Moroccan, Russian and Dutch gangs with members incarcerated in Spain.

The Irish Mirror understands that Hutch has been a model prisoner since going in.

If Hutch loses that appeal against extradition, he will be brought back to Ireland.

Once the flight lands here, he will be taken from the airport straight to the Special Criminal Court where he will be charged.