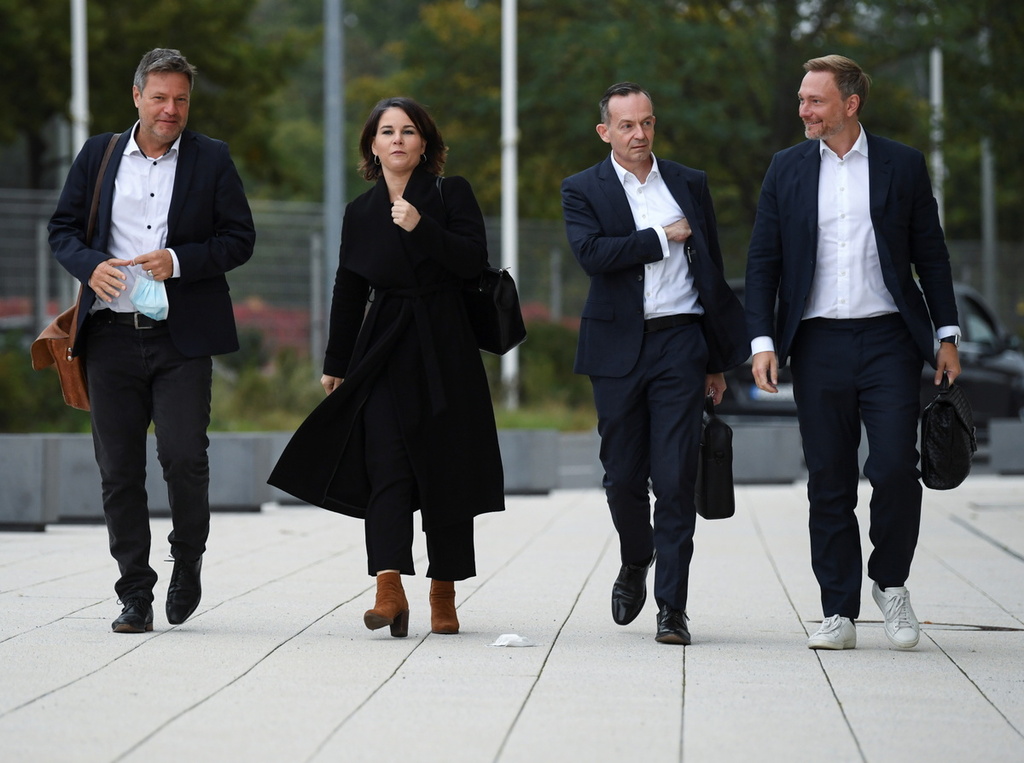 The centre-left Social Democrats (SPD) narrowly beat the conservatives, whose outgoing Chancellor Angela Merkel has governed since 2005, in the Sept. 26 federal ballot, but did not win a majority.

The SPD is seeking to form a coalition with the Greens and business-friendly Free Democrats (FDP), which finished third and fourth in the election.

SPD vice chairman Kevin Kuehnert expressed optimism that a so-called "traffic light" coalition - named after the respective colours of the SPD, Greens and FDP - would be formed this year.

"I am very firmly assuming that this will happen," he told broadcaster ARD. "The talks have started well, very trusting."

Unlike many other European countries, where the president or monarch invites one party leader to try to form a government, in Germany it is up to the parties themselves to decide who should ally with whom.

Their decisions will determine Germany's political future after 16 years with Merkel at the helm, its appetite to shape Europe's largest economy for the digital era, and the extent of its willingness to engage with allies on global issues.

The FDP does not want to raise taxes, putting it at odds with the Greens and SPD, though the two smaller parties worked hard to find common ground and a basis for working together in initial bilateral talks.