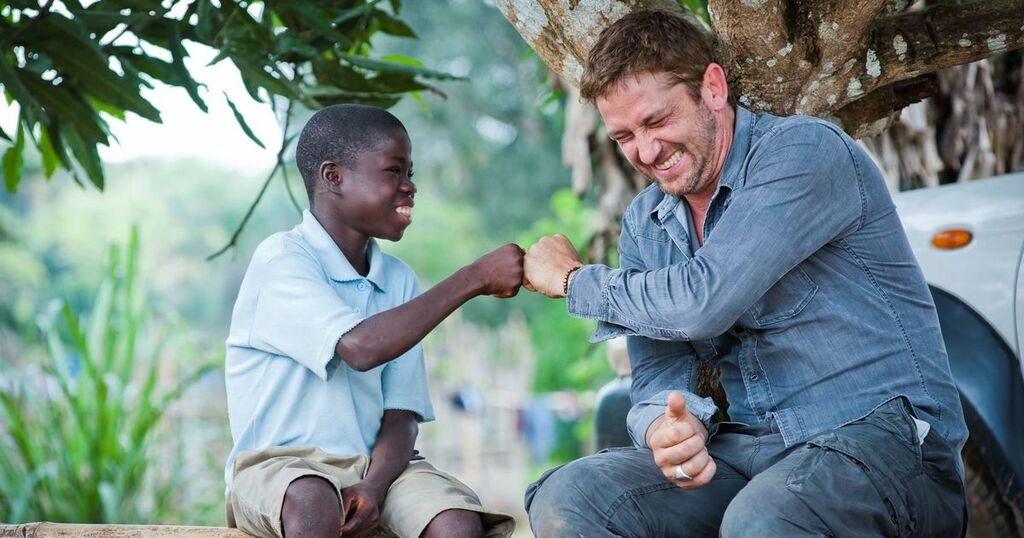 The Paisley-born actor sent his message of support to the Scots charity which he has been a longtime supporter of.

Mary’s Meals provides one daily meal in a place of learning in order to attract chronically poor children into the classroom, where they receive an education that can, in the future, be their ladder out of poverty.

Gerard has visited the organisation’s projects in Liberia and Haiti in recent years and has seen for himself how the meals it provides are helping to transform the lives of hungry children in some of the world’s poorest countries.

“It’s a huge achievement and I’m personally so proud to be a supporter of Mary’s Meals because I’ve seen first-hand the joy and hope that it brings to children’s lives, and it really does show that food in a child’s place of education does change the story.

“Now, we’re at two million. But we can still do better – so upwards and onwards now to three million.”

Thanks to its incredible supporters and volunteers in the UK and around the world, Mary’s Meals is providing a daily nutritious meal to 2,058,099 children across 19 countries.

But with more than 58 million children still out of school around the world, Gerard’s call for the charity to continue its work has been echoed by Magnus MacFarlane-Barrow, founder and CEO of Mary’s Meals.

“Last week, we celebrated an amazing moment in the Mary’s Meals story when we saw more than two million children eat Mary’s Meals in a place of education,” said Magnus.

“I thank you with all my heart on behalf of each of those children, for every bit of hard work, for every gift given, for all those unique things each person brings to this enormous Mary’s Meals’ table. Thank you, and please let’s keep going forward.”

The work of Mary’s Meals began in 2002, with feeding 200 children at a Malawian primary school.

Now more than a third of the primary school population of Malawi enjoy the nutritious meals served by local volunteers.

The organisation also offers food to youngsters in challenging circumstances all over the world including those affected by the ongoing conflict in Syria – through feeding programmes in Aleppo and neighbouring Lebanon, as well as children in Haiti which has been ravaged my political unrest and natural disasters.

To find out more about the work of Mary’s Meals visit marysmeals.org.uk