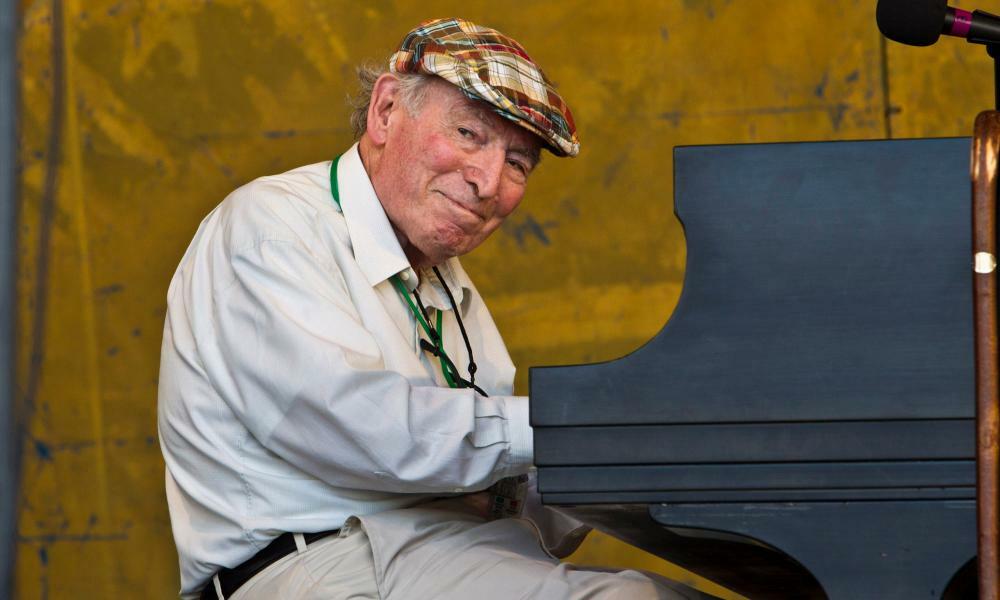 In the early 1950s the resort of Newport, Rhode Island, was notable principally for the vast palaces erected along its Atlantic shoreline by the barons of American banking, business and industry, where the loudest noises were the creaking of yacht timbers and the tinkling of ice in pre-dinner cocktails.

Then jazz came to town, under the supervision of George Wein, an ambitious young promoter already with enough clout to persuade a host of major artists, including Billie Holiday, Dizzy Gillespie, Lester Young, Oscar Peterson, the Modern Jazz Quartet and Gerry Mulligan, to perform on a specially erected stage in the grounds of a local sporting club. A crowd of 11,000, a mixture of serious jazz fans from out of town and curious local socialites, sat on folding chairs, becoming the first audience for an event that established a template for open-air festivals of popular music emulated around the world.

Wein, who has died aged 95, waived his fee of $5,000 that first weekend, leaving the event with a profit of $142.50. But the festival grew in popularity, scope and prestige, keeping its name even after a move to New York in 1972. He went on to establish the Newport folk festival and the New Orleans jazz and heritage festival, as well as a host of similar events in Los Angeles, Chicago, Nice, Warsaw, Tokyo and many other cities.

While his festivals were still held in Newport, they made headlines with the rebirth of Miles Davis in 1955, a spectacular triumph for Duke Ellington in 1956, and Bob Dylan’s controversial decision to swap his acoustic guitar for a Fender Stratocaster and appear with an electric band in 1965.

Wein’s decision to add rock bands such as Blood, Sweat and Tears, Jethro Tull and the Allman Brothers to the bill led to riots in 1969 and 1971, horrifying the city fathers. That precipitated the relocation to New York, where Davis’s much heralded return from a long sabbatical in 1981 was one of a series of events that kept the festival in the news.

Like most promoters in his field, Wein had a sometimes turbulent relationship with musicians – particularly the younger ones – who believed they were not getting paid enough or being presented with due prominence. Davis was a leading example, and the stories of their epic disputes were recounted in both their respective autobiographies. But there was a mutual respect.

“George is all right,” Davis wrote. “Mostly he’s cool and has been good for music and a lot of musicians who he’s paid good money to, including me.” “I didn’t love Miles Davis,” Wein wrote. “I could never feel about him the way I felt about Duke Ellington or Dizzy Gillespie or Thelonious Monk. Perhaps I knew better than to love him. The people who loved Miles Davis loved him with a vulnerable blindness. Instead we operated on trust.”

George was born in Lynn, on the North Shore of Boston, Massachusetts, to Dr Barney Wein, an ear, nose and throat specialist, and his wife, Ruth (nee Ginsburg), both the children of Jewish immigrants from eastern Europe and both enthusiastic about such vaudeville entertainers as Al Jolson and Rudy Vallée.

The family moved to the nearby town of Newton, where George started piano lessons at the age of eight, under the tuition of the celebrated Madame Margaret Chaloff, whose son, Serge, would become a notable jazz saxophonist.

George formed his first jazz band at Newton high school and led another group during his studies at Northeastern University in Boston, while attending concerts and club dates by musicians who had become his heroes, including the trumpeter Henry “Red” Allen.

Visiting his brother, who was at New York University, he would hang out in the clubs on 52nd Street, becoming acquainted with the bandleader Lionel Hampton and the gifted trumpeter Frankie Newton, who became his musical mentor.

After army service between 1943 and 1946 – he was stationed for a time in Germany, but saw no action – he returned home to study at Boston University’s College of Liberal Arts. His course was paid for under the GI bill, enabling him to use $5,000 in savings to start a jazz club and a record label, which he named Storyville after the famous red-light quarter of New Orleans, in which jazz was said to have been incubated before the first world war.

Sidney Bechet and Lee Konitz were among those he presented and recorded, representing both ends of jazz history as it stood at the time and exemplifying his ecumenical attitude. Sarah Vaughan, Charlie Parker and Dinah Washington were among others who appeared at Storyville. Sometimes he took to the piano at the club’s Sunday jam sessions, accompanied on one occasion in 1951 by two greats of the music, the young bassist Charles Mingus and the veteran drummer Jo Jones.

The first Newport festival represented his breakthrough. It came through an invitation from Elaine Lorillard, a local resident and a keen patron of the arts married to the heir to a tobacco fortune. With $20,000 of the Lorillards’ money, and modelling the event on the Tanglewood festival of classical music in Lenox, Massachusetts, they overcame initial local opposition and won approving coverage in the national press.

By 1958 the festival had become so firmly entrenched in the jazz calendar that the director Bert Stern could capture its special al fresco charm – along with footage of Louis Armstrong, Anita O’Day, Jimmy Giuffre, Chuck Berry and others – in a classic film titled Jazz on a Summer’s Day. Two years later the festival generated its own protest movement when Mingus led an alternative mini-festival, held simultaneously elsewhere in Newport. There were also the first signs of trouble at the official event, when drunken youths unable to gain admission attempted to storm the festival site and rioted in the town itself.

In 1970 Wein’s inaugural New Orleans event helped refocus attention on the music of the city that had been the idiom’s most significant cradle. Four years later he revamped the established festival in Nice, retitling it the Grande Parade du Jazz and relocating it in the Jardins de Cimiez, above the city, where artists including Davis, Gillespie, Berry, BB King and Herbie Hancock were presented in the multistage format he had pioneered.

Wein’s own highly competent playing had been refined by a few lessons with the great Teddy Wilson, who had also taught the British banker and wartime MI5 officer Victor Rothschild, and he continued to perform at home and abroad with a group called the Newport All Stars, playing mainstream jazz with a changing membership including some of his favourite musicians, such as the trumpeter Buck Clayton, the cornettist Ruby Braff and the clarinettist Pee Wee Russell. His less celebrated talent as a vocalist was showcased on a 1954 album, Wein, Women and Song.

In 1959 he married Joyce Alexander, whom he met at a Bechet concert in Boston in 1947 when she was writing a jazz column for her college newspaper.

Joyce, he wrote, would not accept the habit of yelling he had picked up from his father. They took their honeymoon together on the first Newport jazz festival international tour of Europe.