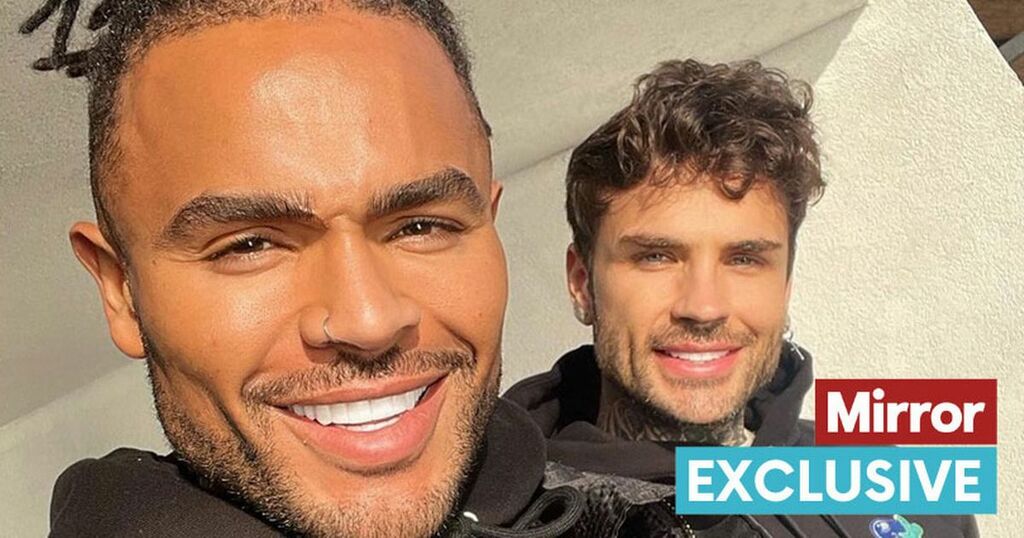 Geordie Shore star Nathan Henry has opened up about his decision to sensationally quit booze for his sexy new boyfriend.

They got chatting after Nathan posted one of Declan's pictures on his Insta story, asking fans to help track him down.

After months of chatting, they finally met for a date last May and fell for each other instantly.

And the loved-up couple say they've brought out the best in each other, with Nathan even deciding to ditch boozing and consider his future on the MTV reality show, which he joined in 2015.

He's gone from necking two bottles of wine before even going out, followed by a bottle of vodka and tequila shots to cosy nights in watching movies and eating sweets with his man, and even heading to the gym at 7am on New Year's Day, when a lot of his friends were just getting home from their nights out.

During an exclusive chat with the Mirror, Nathan spoke of how "incredibly proud" he is of Declan and why he decided to quit getting drunk.

He said: "Declan had to overcome a lot of demons to become the person he is today. I'm incredibly proud of him for that and naturally, I want to support him."

And Declan admitted: "I was abusing drink and drugs because I couldn’t accept myself or my sexuality and I wasn’t comfortable in my own skin, but binge drinking only made things worse and now I’m sober it has made me the person I always drank to try and become.

"I’m the most confident in my own skin I have ever been and sobriety has given me that freedom to be myself."

He added: "Not drinking was always a problem for people when I started dating because when I told them I didn't drink they'd act quite weird about it.

"It was always a bit of a test not drinking on dates. I'd sometimes try to have alcohol free drinks without them realising because they'd want to know why I didn't drink and it wasn't the kind of conversation to go down well on a first date.

"But it was a different story with Nathan, he was nothing but supportive from the very beginning.

"I told him I didn't drink and he was totally understanding and didn't ask loads of questions that made me feel uncomfortable.

"I think he was also at a time when he felt like he was partying a lot, so me being sober maybe made him want to calm it down a bit."

Despite having some initial reservations about Nathan's "party boy" ways being the exact opposite of Declan and his lifestyle, the pair totally hit it off.

And Nathan said Declan came into his life at exactly the right time.

He said: "Me and Declan have always said it's weird how we met, it's like we were meant to meet each other.

"Obviously I met Declan and it was like that's what I needed. I needed someone who was going to make me see a different way of having fun.

"And we've had nothing but fun in the year and a half that we've been talking and the three months we've properly been together and I've not really drank this whole time."

While Nathan has had the odd drink with dinner, he hasn't been drunk since before Christmas, and says he has no regrets about ditching alcohol.

And he's admitted that his new lifestyle has made him question his future on Geordie Shore.

"Getting drunk came hand in hand with Geordie Shore but Declan came into my life at the right time," Nathan gushed.

"I don't need to drink to have fun now, it's all about who you're with.

"With Geordie Shore, let's be honest, I'm 30 now, I'm in a relationship and very happy, the thought of going to a factory house in Newcastle and getting p****d for four weeks sounds like hell.

"I'd rather get on the train to London and go and sit with Declan and his dog, bingewatch loads of Netflix and eat weird sweets and just be weird people."

He added: "Everything has a shelf life. Me and Declan are together now and I'm at that point where I want to be in a serious relationship and don't want to be messing about any more.

"He's come into my life for a reason so obviously I want to explore what that reason is."

Declan says he would never stop Nathan from doing his work, although he admits he would feel anxious knowing that he was drinking so much and not being able to get in contact with him.

But it sounds like Nathan could be ready to say goodbye to it all anyway.

"I know it sounds cheesy but I've never felt this way about someone where I've wanted to grow up for them," he said.

"It's not changing who I am - it's growing and Declan has taught me how to grow as a person."