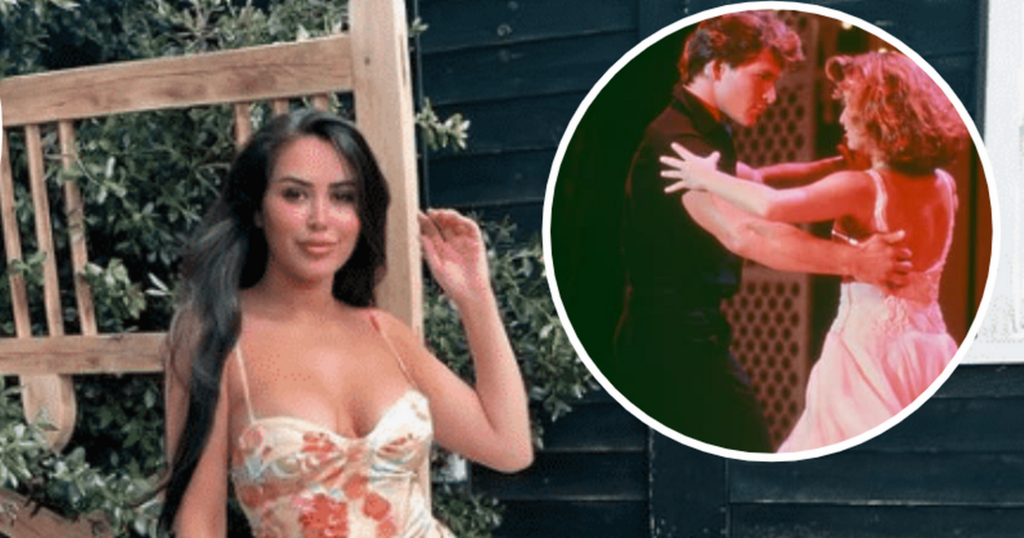 Marnie Simpson will have to channel her inner Baby Houseman as she takes part in a new TV show inspired by iconic movie Dirty Dancing.

The former Geordie Shore cast member turned, turned star of spin-off Geordie OGs is on the line-up for The Real Dirty Dancing, a new series that will see celebrities compete to be the last couple standing and become the winning Baby and Johnny.

It's been 34 years since Jennifer Grey and Patrick Swayze first stole the hearts of the world in the famous roles and The Sun reports that Marnie and a whole host of other celebrities will; now have to master plenty of moves including THAT lift from the Time of My Life finale.

The paper says, just like the film where the action is set at Kellerman's holiday resort, The Real Dirty Dancing has a picturesque lakeside location - plenty of opportunities for the couples to get practising in the water!

Marnie hinted last month she was shooting a new show as she uploaded a picture to Instagram with the caption: "Can’t wait to show you all what I’ve been filming," and then later wrote: "Amazing things to come."

Other names set to take part include TOWIE favourite James 'Arg' Argent, who has recently made headlines thanks to his impressive weight loss and Tom Malone Jr, who stunned Gogglebox fans by quitting the show earlier this year.

They are set to be joined in the dance studio by Hollyoaks actress Chelsee Healey, who has dance training having previously reached the Strictly Come Dancing final.

During her time on the show she had an on/off romance with Aaron Chalmers but now lives in Bedfordshire with fiancé Casey Johnson and their son Rox.