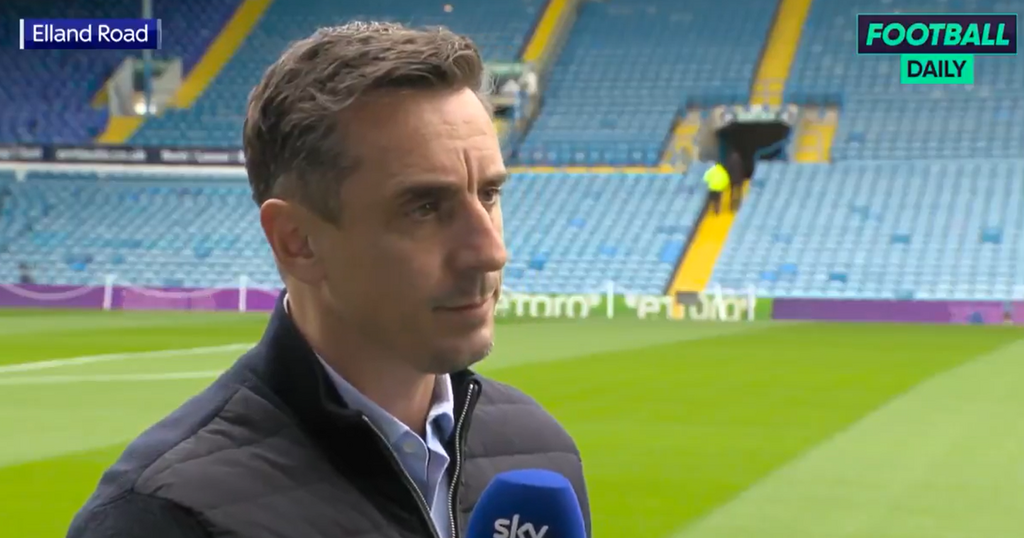 Leeds United winger Daniel James has finally touched down at the club he should have been at all along.

That's according to Sky Sports pundit and Manchester United great, Gary Neville, who is backing the Welshman to 'fly' in his new surroundings at Elland Road.

James, who arrived at Old Trafford from Swansea City in 2019, signed for the Whites on deadline day in a £26million transfer which paved the way for Cristiano Ronaldo to complete a sensational return to Old Trafford.

The 23-year-old was included in the Leeds squad for the first time against Liverpool this afternoon and came off the bench as the Reds won 3-0.

James scored nine goals and laid on the same number of assists in 74 outings for United - but Neville feel as though he will, ultimately, be better suited to the high-octane approach favoured by Marcelo Bielsa.

Speaking in his role as a Sky Sports pundit, Neville said: "Yeah, I think it always was [the right club].

"Manchester United stepped in when he was originally going to come here the last time. The way Leeds play, with high energy and fast players on the counter attack... Dan James is brilliant on the counter-attack.

"His best games at Manchester United were when he was at Old Trafford, they were up in the game and he could just fly away.

"He finds it more difficult when there is a packed defence and he's got to be a little bit more creative, but I think he will cause problems against Liverpool... he suits this Leeds team down to the ground."