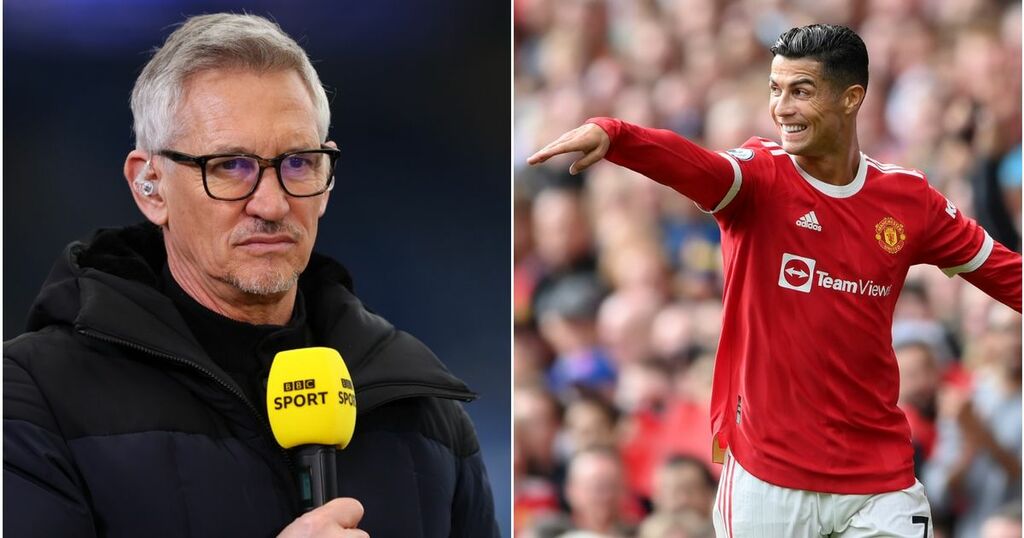 The United superstar was making his first appearance for the club since re-signing for the club from Juventus on deadline day, 12 years after leaving the club for Real Madrid in 2009.

Ronaldo delivered what all fans were hoping for, scoring twice on his second debut as United ran out 4-1 winners over Newcastle at Old Trafford on Saturday.

The game wasn't available to watch live in the UK due to the 3pm blackout, which meant Match of the Day on Saturday night served as the first chance for many to see the great man in action once again. And they turned out in their numbers, as Lineker revealed.

The US Open tennis final - which saw 18-year-old Brit Emma Raducanu become the first ever qualifier to win a grand slam as she beat Leylah Fernandez in straight sets on Channel 4 - meant people tuned in late to the BBC's highlights show and had to head over to the iPlayer to rewind and watch the Ronaldo highlights.

According to host Lineker Saturday's edition of the show has racked up 1.8 million requests including 587,000 from people under 35, making it the biggest ever episode of Match of the Day.

He tweeted alongside the figures: "It’s now up to an astonishing 2 million views and counting on BBC iPlayer alone. The power of @Cristiano, the magnificence of @EmmaRaducanu and, dare I say, it’s a decent show is @BBCMOTD. Thanks for watching and it’s still available on BBC iPlayer."

Ronaldo is expected to line up for United in the Champions League on Tuesday night, live on BT Sport against Young Boys in his first televised game since his return.