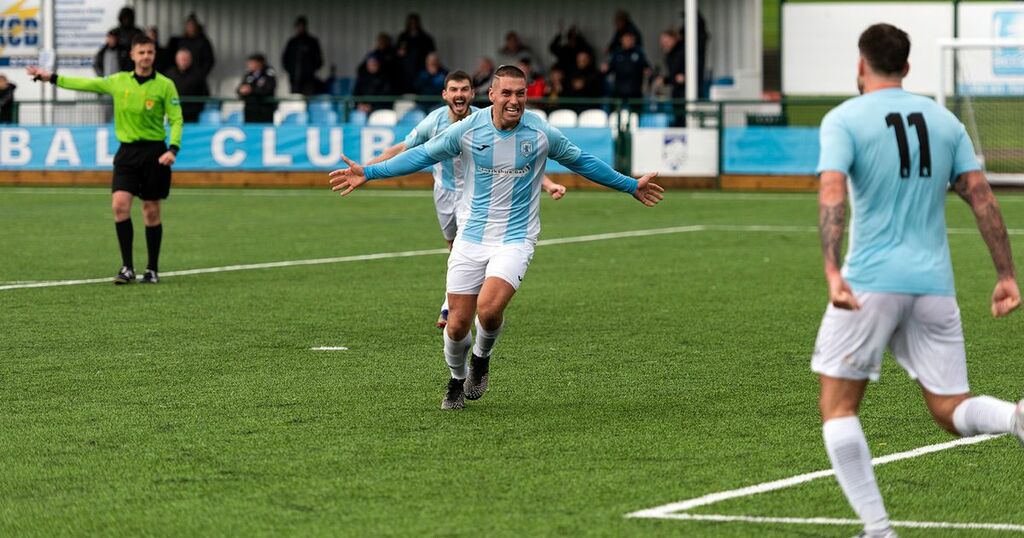 Gartcairn assistant boss Scott Mills says his players stood up to be counted, after fighting back to beat Renfrew 2-1 on Saturday.

The Airdrie side were 1-0 down after 30 minutes, but a Liam Craig double gave them back-to-back league wins, following a 2-0 midweek win over leaders Cambuslang.

And Mills said: “Renfrew have always been a team that has been on the up, so we knew they would be tough.

“Conditions on Saturday were terrible with wind and rain, but that’s football – all these things are going against you, so you need to make sure you stand up and be counted, and again we were brilliant.

“We fell behind, Renfrew scored a well-worked goal so we were 1-0 down at half-time.

“We said to the boys let’s not go and undo all the good work that we’ve done, we need to find a way to try and get back in the game, and we did that.

“Eddie Ferns, who I thought was excellent, was creating goals and Liam got the finishes.”

On the Cambuslang game, Mills said: “We got the performance on the night. They’re a right good side and you can see why they went on that [12-game] winning run.

“It was a really tough game, we stood up to a lot of pressure, but we held firm and had good attacking moments we were able to take advantage of, so we’re buzzing with that.

“Owen Ronald scored an absolute screamer to put us 1-0 up, and then our two centre-halves, Terry Hewitt and Scott Stevenson, were outstanding, winning headers, matching runs, properly keeping the back door shut for us.

“We got away up the park in stoppage time and Ross McNeil killed the game off for us, so it was brilliant.”

Attention now turns to Ashfield as ‘Cairn bid to keep the momentum going before a run of cup games.

Mills added: “Between now and the middle of November I think we’ve only got about three league games, because we’re still in all the cups.

“We identified the Renfrew and Ashfield games as key, because we’re not going to be able to add to our points total for a wee while, so we need to make sure we get them on the board.”

Mills says the signings of Hewitt and Stevenson have been huge and everything is clicking at MTC Park.

He said: “They’ve given us a platform from the back that has allowed the team to function and play better, and the way we want to play.

“That stability at the back has made a big difference. If you look at the amount of goals we were conceding before, compared to after those two signed, that’s the biggest difference.”