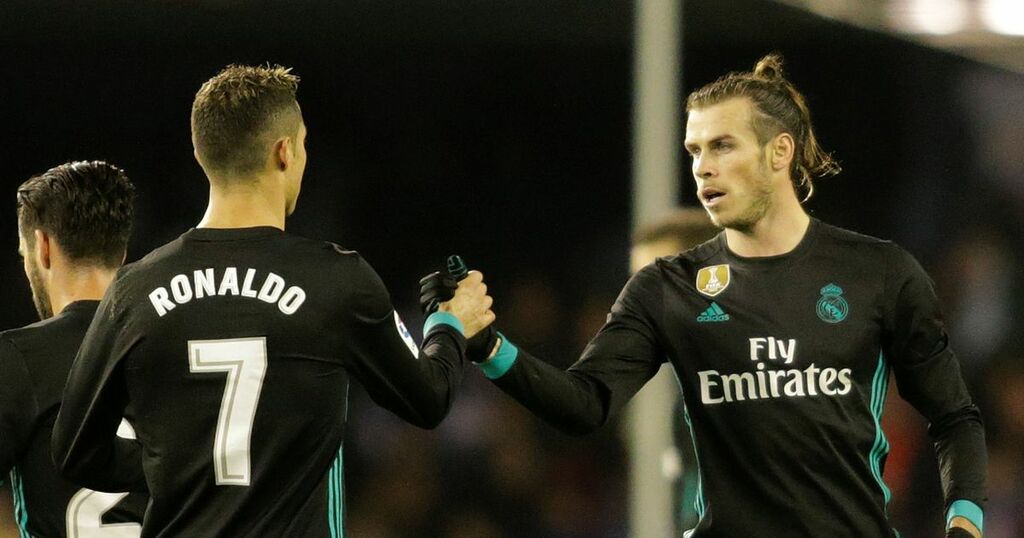 Gareth Bale is backing Cristiano Ronaldo to be a Premier League smash hit once more.

Real Madrid ace Bale played alongside Ronaldo in Spain where they won four Champions Leagues together.

Now Bale admits he cannot wait to see Ronaldo, 36, back at Manchester United where he excelled from 2003-2009.

Ronaldo has returned from Juventus to United where he scored 118 goals in 292 games before leaving for Madrid.

United have paid £12.8million for the Portuguese international who has penned a two year deal with the option of another 12 months.


“He's proven it before in the Premier League so he understands the league.

"He has done everything there is in football.

"His goal-scoring ability is matched by no one else so I'm sure he is going to come in, do well and score a lot of goals.

“I'm excited to see it like everyone else, I'm sure."

Ronaldo scored 84 goals and had 34 assists in 196 Premier League games in his first spell with United.

Last week his brace for Portugal against Ireland means he has scored 111 goals in 180 international matches, breaking a tie with Iran's Ali Daei (109 goals in 149 games).

Ronaldo was then allowed to head back to the UK early to quarantine ahead of his second Man Utd debut as he was suspended for Portugal's final World Cup qualifier of the international break.

He is now expected to feature in United's Premier League clash against Newcastle on Saturday.

The forward was seen back at Carrington on Tuesday talking to boss Ole Gunnar Solskjaer as he prepares to join up with his new team-mates.

Midfielder Paul Pogba has already given his verdict on Ronaldo's return in an interview with French publication Telefoot.

"It’s always a pleasure to play with the best, it’s a plus for the players to be able to train with a great player.

"He’s going to raise the level of the team. Everybody knows [what he brings].

"He’s already a legend in this club and he’s coming back, so obviously it’s huge for us, for the club.

"He’s going to bring his experience, his quality and obviously when he comes the level [of the team] goes up."

It is not yet clear whether Ole Gunnar Solskjaer will opt to start Ronaldo on the bench for the clash with Newcastle, with Mason Greenwood in excellent form while Edinson Cavani has had the benefit of two weeks rest.

But the United boss is in no two minds about where he plans to use Ronaldo when he gets him on the pitch.

“He’s evolved as a player, he used to play wide right, wide left, up front. He’s more of a centre-forward for me at the moment, definitely," Solskjaer told Sky Sports last week.

"But there will be games that we play with two upfront, and three up front.

"I want him in the box, scoring goals... Everyone that cares for Manchester United wanted this to happen but the biggest thing is that Cristiano wanted to come here."