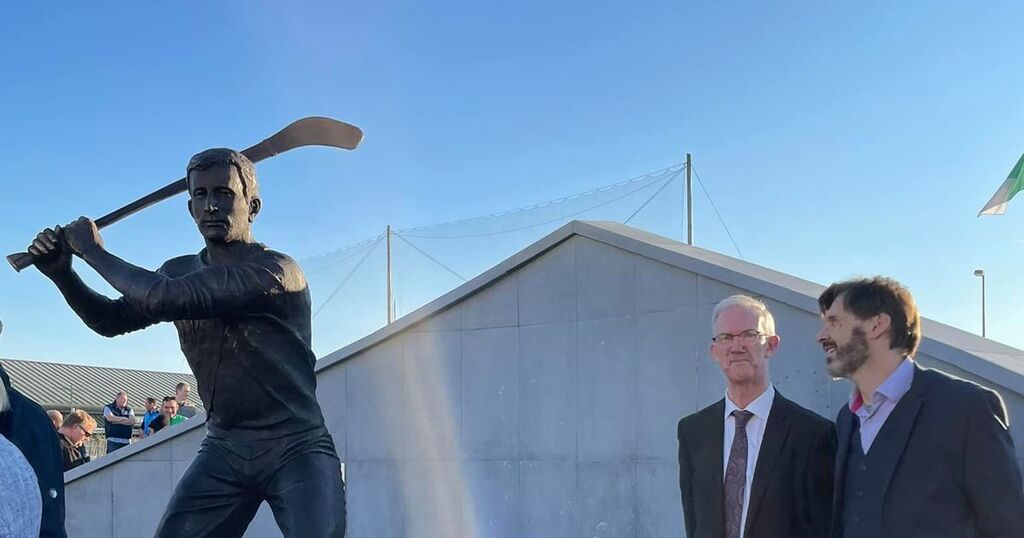 A statue has been unveiled for the only man to ever captain Kilkenny to three All-Ireland titles.

'Drug', as he was affectionately known, was born in 1877 into a farm labouring family in the south Kilkenny village and began his hurling career in the late 1890s.

He made his Kilkenny debut in the 1904 Championship - played in 1906 - and helped the Cats to their first ever All-Ireland crown.

He would go on to add six more All-Ireland's to his list of accolades, captaining the side to three, a feat that has not yet been repeated by any Kilkenny captain.

GAA President Larry McCarthy was on hand to unveil the impressive statue for the legend in the Mooncoin GAA club grounds on Saturday.

Speaking at the event, Mr McCarthy said: "We are fortunate in the GAA to have a rich tradition and legacy behind us as an organisation, one handed down from generation to generation with stories of great feats often embellished as they pass down through the years.

"It is vitally important that we don’t forget these tales of yesterday and of course those who feature prominently in them.

"It’s said that we stand on the shoulders of the giants and the personal achievements of‘Drug’ Walsh would suggest that he falls comfortably into that category.

"It’s apparent that he was every bit as dedicated to his club as he was to his county and it is fitting that he is being remembered in this way at the place where our playing days start and where they end. As if his enviable honours list didn’t suffice on its own, he also possesses the incredible boast of being the only man to captain Kilkenny to three AllIreland titles."

Mooncoin GAA chairman Tom Murphy added: "‘Drug’ Walsh is one of Mooncoin GAA Club’s most decorated players. His long list of achievements on the field serve as an inspiration for generations of our players.

"A fiercely dedicated club and county player, he remains to this day the only senior county hurler to captain a Kilkenny team to three winningAll-Ireland hurling championship titles. I am proud our club is honouring his legacy today.

"I would like to say a sincere ‘Go Raibh Maith Agaibh’ to our member sand supporters who give their time freely to help ensure our club remains vibrant, successful and progressive. Your ongoing contributions are not only vital, they are very much appreciated."

The statue itself was made by renowned sculptor Séamus Connolly from Kilbaha, in Loop Head, Co. Clare.

Seamus told of his pride at being asked to make the monument, saying: "“I was honoured that the committee entrusted me with this important commission and I hope I did everyone proud."