G20: PM urges int’l groups to speak in one voice 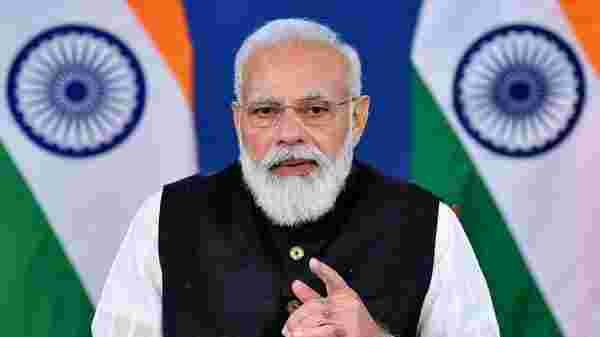 NEW DELHI : Prime Minister Narendra Modi Tuesday urged the international community to speak in one voice to ensure that radical ideology does not spread from Afghanistan to its neighbourhood as he underlined the need to swiftly deliver humanitarian assistance to the country taken over by the Pakistan-backed Taliban in August.

Addressing the G20 Extraordinary Summit on Afghanistan, Modi who attended the session virtually, stressed the importance of an inclusive administration in Afghanistan, which includes women and minorities.

The special summit was hosted by Italian Prime Minister Mario Draghi to discuss Afghanistan, as worries have grown about a looming humanitarian disaster following the Taliban's return to power on 15 August, a fortnight before the last of the US troops left the country after a two decade long stay. Since the Taliban takeover of the country, its economy is near collapse according to news reports, raising the prospect of an exodus from Afghanistan.

“The Prime Minister also underlined the need to ensure that Afghan territory does not become a source of radicalization and terrorism, regionally or globally. He emphasized on the need to enhance our joint fight against the nexus of radicalization, terrorism and the smuggling of drugs and arms in the region," the Indian foreign ministry said in a statement.
“In order to preserve the socio-economic gains of the last 20 years and to restrict the spread of radical ideology, the Prime Minister called for an inclusive administration in Afghanistan, which includes women and minorities," the statement said.

“He conveyed support for the important role of the United Nations in Afghanistan and called for renewed support of the G20 for the message contained in UN Security Council Resolution 2593 on Afghanistan," it said.

UNSC Resolution 2593 was passed in August when India was president of the Council. India is currently one of the 10 rotating non permanent members elected for a two year term that ends in December 2022. Resolution 2593 in particular emphasizes the need for the international community to ensure that Afghanistan’s territory is not used to nurture terrorism. New Delhi’s concerns stem from the fact that arch rival Pakistan could use Afghanistan to train anti-India terrorist groups.

“The Prime Minister called on the international community to forge a unified international response without which it would be difficult to bring about the desired change in Afghanistan’s situation," the statement said.

In his intervention Modi “emphasized the need for the international community to ensure that Afghanistan has immediate and unhindered access to humanitarian assistance," it added.

US President Joe Biden and Europe's G20 leaders were expected to take part in the special summit, a Reuters report said earlier in the day. Chinese President Xi Jinping did not take part in the summit and the participation of Russian President Vladimir Putin was not sure, the report said, showing differing international positions on Afghanistan and the Taliban.