G-7 Ponders Capping Oil Prices to Deny Russia Revenues. How Would It Work?

Leaders of the Group of 7 nations meeting in Germany, seeking a new way to throttle Russia’s finances while limiting the harm to Western economies, are discussing imposing a ceiling on the price paid for Russian oil. Details of the plan are still being discussed, but the idea is to limit how much Russia can earn from the oil it sells while still keeping markets well supplied.

A price cap is being considered because, despite sanctions imposed by the West after Russia’s invasion of Ukraine, Moscow is still earning substantial revenue from oil.

While Russian output has declined around 8% since the war began, prices have risen, generating a steady of supply of cash to support the government. Crimping that revenue stream is a goal at the G-7 conference.

How would the price caps work?

The United States and other countries are looking for ways to restrict Russia’s oil earnings while at the same time avoiding taking crude off the market, which would result in raising prices. Energy prices are helping to spark dramatic increases in inflation, and the Biden administration is concerned that recent European plans to ban around 90% of Russian oil exports by the end of the year may lead to higher gasoline prices.

The White House appears to be trying to find a magic bullet that would punish Russia without raising oil prices and putting more pressure on consumers in the United States and elsewhere.

It remains unclear how caps would work, and there is more speculation than specifics. One approach that might be applied would be to put pressure on Western banking, insurance and shipping companies involved in the transport of Russian oil to drive down its price.

The countries likely to support a price cap include the United States, Canada and others that have already banned imports of Russian oil. The European Union, which is phasing out Russian crude, also may be willing to sign on.

But that leaves many other countries that are much more difficult to influence.

“If they continue to just focus on the EU and its allies, then the rest of the world will find a way to take Russian oil,” said James Davis, a director at FGE, a consulting firm.

A price cap might run into resistance from some of Russia’s major customers. Since the war in Ukraine began in February, India has emerged as a key buyer for Russian crude. Indian refiners’ purchases have soared to about 1 million barrels a day recently, compared to just 100,000 barrels a day on average during 2021.

China and Turkey are also key customers, taking advantage of discounts on Russian crude. None of these countries has agreed to go along with Western sanctions on Russian oil, and there is no guarantee that they would support new measures like those under discussion. China, for instance, may be happy to buy oil at low prices but would prefer to negotiate its own terms rather than apply a Western price cap, analysts say.

Even in Europe there may be obstacles. The 27 EU members remain collectively Russia’s largest customer, and despite sanctions they averaged the same levels of imports in May as during 2021. The negotiations that led its agreement to cut Russian imports were tricky, with Hungary insisting on an exemption for landlocked countries. Brussels would reopen that deal warily.

Russia is being forced to find new markets for its oil, but it is not a spent force either in energy or geopolitics. It remains a key oil and natural gas exporter in a very tight market and also has other geopolitical leverage, such as its role as a major arms supplier to India. There are many ways Russia could use this clout to try to frustrate a price cap, including further tightening or stopping natural gas supplies to Germany and other EU countries or leaning on India to keep buying crude.

Will a price cap lower the oil price?

While the details of the plan are still murky, analysts are skeptical that it will have much effect on price, which is more likely to be determined by global supply and demand. Brent crude, for instance, was up about 1.5% Monday to about $115 a barrel as the G-7 discussions proceed.

Analysts say there are several reasons for current high prices. They include worries about a lack of output capacity and rock-bottom storage tank levels. Concerns about supplies from Russia also play a role.

“A cap on Russian crude prices is not going to change that materially to bring prices down,” Davis said.

Will a price cap lead to market distortions?

Depending on where the price is set, refiners in countries such as India and China could well gain an advantage on competitors in Europe and elsewhere, because access to cheaper crude might mean that the diesel and other products these refiners produce would be cheaper as well. Low prices might also stimulate additional purchases of Russian oil, and countries that have banned Russian crude could wind up paying more than those participating in the price-cap scheme.

Will the pressures on the Russian oil industry grow?

It seems likely. As the war in Ukraine drags on, analysts say that the West seems to be moving toward an increasingly strict sanctions regime on Russia, potentially analogous to the one that has been imposed on Iran, another major oil producer. There is little doubt that the U.S. is becoming increasingly influential in determining what countries can produce oil and how much. Still, there is skepticism about how effective the moves under discussion will be.

“If the U.S. is really determined, it may be able to push through a watered-down version” of a price cap scheme, said Richard Bronze, head of geopolitics at Energy Aspects, a market research firm. “But that is unlikely to have much real impact on flows.” 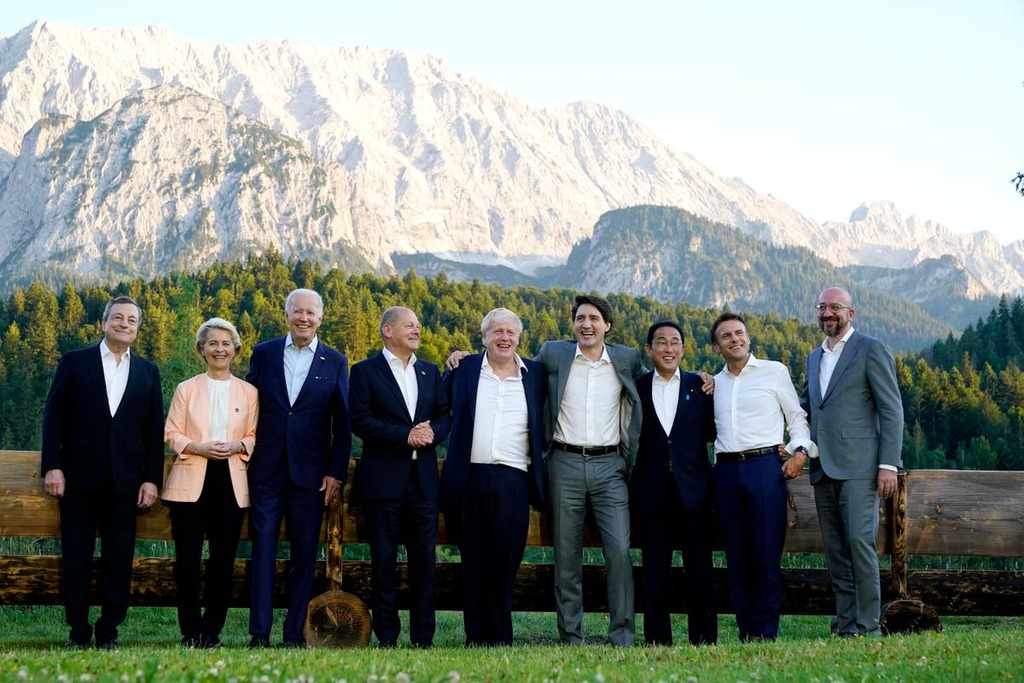