Group of Seven nations are on course to announce efforts to pursue a price cap on Russian oil, US officials said Monday, though there is not yet a hard agreement on curbing what is a key source of revenue for Vladimir Putin for his war in Ukraine.

Russia’s war and limiting its profits from rising energy prices have been the main topics of discussion so far for leaders gathered for three days in the Bavarian Alps. Bloomberg News reported Sunday that the G-7 is discussing a price cap and that a potential mechanism would work by imposing restrictions on insurance and shipping.

A ‘Price Cap’ on Russian Oil -- What Would That Mean?: QuickTake

Negotiators -- especially those from the US and Italy -- are seeking a system that limits the flow of money to Russia while allowing oil’s availability to large buyers, like China and India, in order to avoid further price shocks.

Yet the details of how a price cap would be implemented or what level it would be set are not expected to be resolved at the gathering. Instead, leaders will direct finance ministers to work on figuring out the details in the weeks and months ahead, a senior Biden administration official said.

A political agreement to explore the option has been agreed, so it will be mentioned as an idea in the final communique, according to a G-7 official.

The US has suggested the cap could work by applying restrictions on insurance and other services needed to transport Russian oil.

The mechanism would allow oil to be shipped if it’s sold below an agreed threshold. Such an approach would require the European Union to rework sanctions that were only agreed last month after weeks of negotiations. It’s also unclear how effective the concept would be -- one official has said EU sanctions would probably have a bigger impact.

“I think the single biggest factor here is that this is not something that can be pulled off the shelf in a tried and true method that has repeated historical precedent, and therefore can simply be taken as a standing option,”US National Security Adviser Jake Sullivan told reporters.

He added: “It is a new kind of concept to deal with a particularly novel challenge, which is how to effectively deal with a country that selling millions of barrels of oil a day and try to deprive it of some of the revenues that they’re getting from the sale of that oil.”

There is already a lot of skepticism in the oil market about how something like this could work so it remains to be seen if the idea evolves into concrete action. 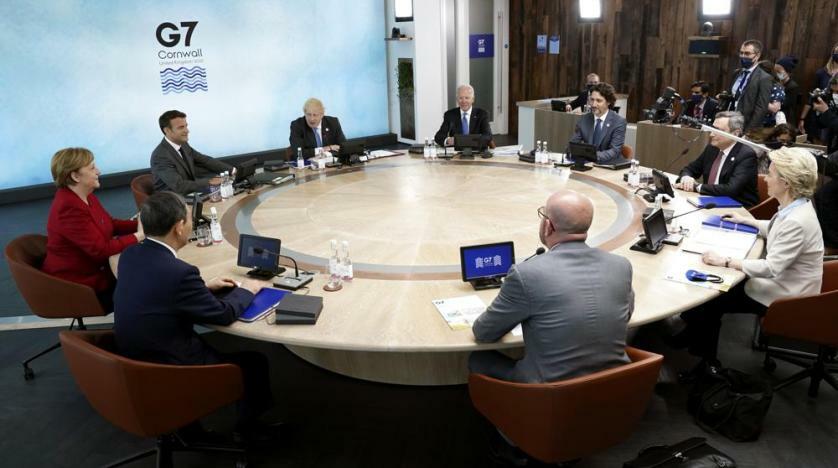 G-7 Set to Back Pursuing Russian Oil Price Cap, Tariff Hikes
The Group of Seven economic powers are set to commit themselves to supporting Ukraine for the long haul, with the…

Reuters
G7 may impose price cap on Russian Oil; but will it work?

A plan to pursue a price ceiling on Russian oil is expected to be announced by the G7 nations, but…