Future’s Biyani gets an SC breather in tussle with Amazon 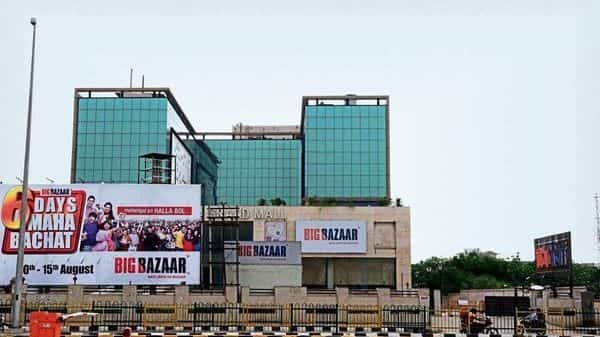 NEW DELHI : The Supreme Court on Thursday restrained the Delhi high court from passing any adverse directive against Future Group’s $3.4 billion sale of retail assets to Reliance Industries Ltd (RIL) or attaching the assets of Future group chairman Kishore Biyani and other directors.

A bench headed by Chief Justice of India N.V. Ramana also barred regulators and other statutory authorities in the country from approving any scheme facilitating the Future-Reliance deal for the next four weeks.

The bench, which also included justices Surya Kant and A.S. Bopanna, said the order was being passed to strike a balance between the competing interests of Future Group and Amazon.com Inc., which is seeking to stop the Biyani-led group’s deal with RIL.

“To balance the interest of the parties, we stay all further proceedings before the Delhi high court for the time being and direct that all authorities, including the National Company Law Appellate Tribunal, Competition Commission of India and Securities and Exchange Board of India, not to pass any final order for a period of four weeks. List after four weeks," the bench stated in its order.

Expressing displeasure at the Delhi HC’s order, the bench said: “The issue is, we must be fair. In a matter of this magnitude, if a hearing takes place without giving an opportunity of filing a proper counter-affidavit to parties, how can one pass orders like attaching property, pay cost, civil imprisonment?What is this!"

It also took note of the proceedings pending before the Singapore International Arbitration Centre (SIAC) between Amazon and Future and recorded that the interim order was passed with the consent of both parties, which await a judgement from the arbitral tribunal.

The legal battle between Amazon and Future could well decide the future of the Indian retail landscape. Last year, the debt-laden Future Group sold its retail business to RIL. Amazon claimed this violated earlier agreements it had with Future, which, in turn, refuted the charge.

During the proceedings on Thursday, the bench remarked that the single judge went beyond the scope of the enforceability of the Singapore-based emergency arbitrator (EA) award in favour of Amazon. “If he has confined himself to the EA award, it was okay, but he has gone over and above that," the bench said, adding how orders on sending someone to jail could be issued in this fashion.

Subramanium, on his part, said Amazon was not seeking to send anyone to jail, but the other side must also show some respect to the EA order passed in October 2020, which has now also received a stamp of approval from the Supreme Court by its 6 August judgement as being a valid order under the arbitration law. The Supreme Court’s 6 August judgement held that the EA award will bind Future Group to pertinent pacts with Amazon apart from an injunction against the sale of retail assets to Reliance Industries.

According to Subramanium, the single judge was only enforcing the injunctions granted by the EA, but the coercive orders were in fact invited by Future Group as it took steps in violation of the injunction and continued to perpetuate the breach by obtaining various permissions for the deal. He conceded that Amazon’s stand is that SIAC should decide the matter without getting influenced by the single judge’s order.

But the bench was emphatic that the high court could not be allowed to proceed with enforcement of its directions, which included stalling the deal with RIL; attachment of directors’ assets; a jail term for disobeying court orders and withdrawing all pleas from different fora on approvals for the deal.

At this stage, Salve pointed out that Future Group may be allowed to take some procedural steps in the matter that will not affect Amazon’s interest.

“We are making it clear...no action to be taken by any statutory authority. No authority will make any order for four weeks," retorted the bench.

It also enquired about the status of proceedings before SIAC. Salve responded that the final hearing has been fixed in November, and the parties are expecting the judgement in two weeks thereafter.

The court then issued a formal notice to Amazon and fixed the hearing before it after four weeks. According to the Supreme Court website, the matter has been assigned a tentative date of 8 October.

Earlier, Salve and Rohatgi questioned the haste shown by the single judge who did not grant Future group firms and its directors sufficient time to file counter-affidavits in the matter and passed a final order in enforcement that actually expanded the scope of the EA’s order.