Further icy weather could strike amid wet and windy weekend 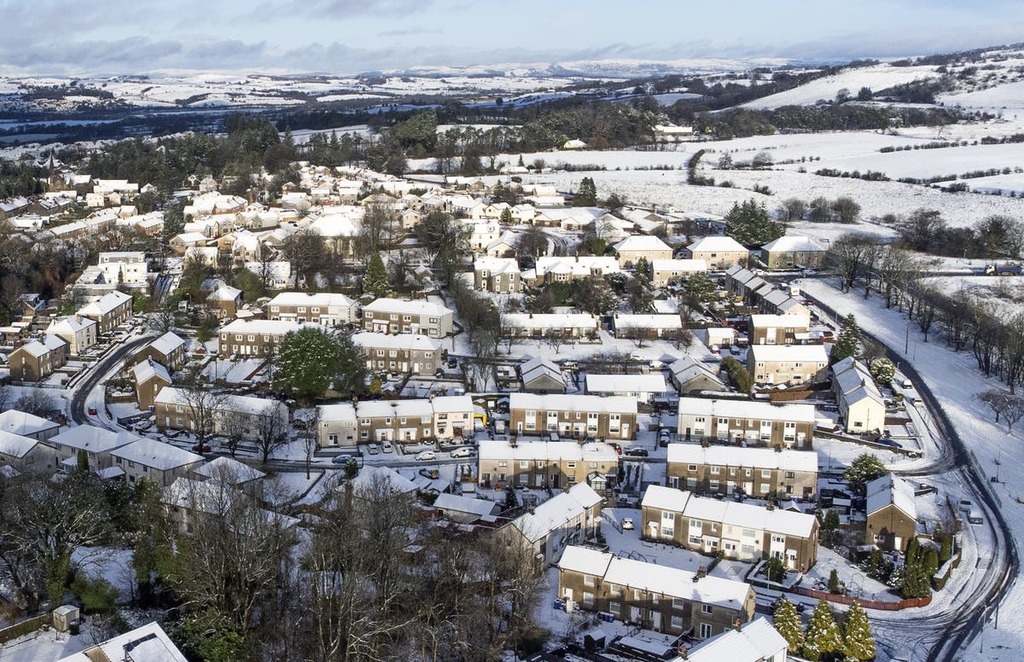 Further icy weather could strike parts of the UK this weekend after a freezing blast brought snow and disrupted travel.

Yellow weather warnings were issued for parts of northern England and Scotland last night, as well as areas of south England and south Wales.

NHS Greater Glasgow and Clyde urged people to go to minor injuries clinics rather than A&E if they fall on ice because emergency teams are under pressure.

It advised people to ‘walk like penguins’ in the slippery conditions to avoid getting hurt.

The snow was so severe in parts of Scotland yesterday that some drivers had to abandon their cars.

In the Highlands, Grantown Grammar School and Kingussie High School were closed due to severe road conditions, while in South Lanarkshire several schools delayed opening until 10am.

The weather warnings have now been lifted, though some areas have been told to brace for further sub-zero temperatures.

For most of the UK, the weekend is set to be wet and windy – with some respite on Sunday.

BBC weather forecaster Matt Taylor said: “It certainly wasn’t the prettiest of starts to the weekend for many with some very wet and windy weather around.”

He explained a large area of low pressure in the North Atlantic had been driving the poor weather, which is likely to continue as it moves towards Iceland. The North and West should see some brighter weather and sunshine this afternoon, he said.

It will be wet and windy in the southeast, with rain becoming heavier, and there will be “lively gusts of wind” in the Midlands and southern England this afternoon.

Mr Taylor said that as the rain clears this evening, temperatures will drop, with a chance of frost especially in eastern areas. Scotland could face further icy temperatures – but Sunday is set to be brighter.

The UK experienced its warmest New Year’s Day on record last week, with people ringing in 2022 amid balmy temperatures as high as 16.5C.

The unseasonably mild spell was driven by a flow of warm, moist air pushing from the Canary Islands and further south in the Atlantic, the Met Office said.