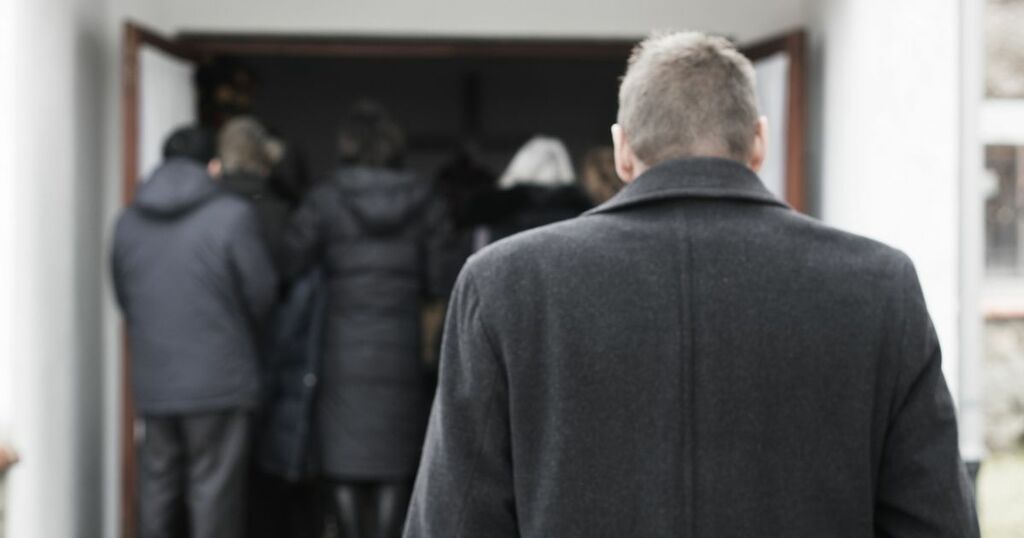 A furious funeral worker broke down in tears after saying he regrets preventing grieving families from attending cremations as government officials partied.

Camiel Chaudhary explained that he "feels like an idiot" for sticking to their Covid rules while Tories threw boozy gatherings in Downing Street.

There are growing calls for Prime Minister Boris Johnson to resign after the latest stinging revelations that staff sunk alcohol and danced together the night before Prince Philip's funeral in April.

Downing Street has today apologised to Buckingham Palace for the two parties at No 10.

But the public are once again outraged with hundreds of thousands forced to endure funeral agony under the strict coronavirus curbs.

At the time of the Duke of Edinburgh's service, funerals in England were permitted with up to 30 attendees only.

The rule of six was also in place indoors.

Speaking to LBC, Mr Chaudhary, who works at West London Crematorium, says he wished he could turn back the clock.

The 29-year-old told presenter James O'Brien: "I'm a chapel attendant, a funeral officer at a crematorium. I stood at the big double doors and put my hand up and stopped a lot of people from coming in.

"Even cracked up faces, I had to tell them 'no, I'm sorry, we have to stand our ground'.

"I feel like I could've been more lenient. I mean, if the government was being that lenient at the time, and we're all standing here trying to follow the rules, and he can't even follow the rules that he's put out himself."

Downing Street apologised to the Queen for two staff parties, which went on until the early hours.

The PM's spokesman said it was "deeply regrettable that this took place at a time of national mourning".

Mr Johnson himself said sorry after admitting he attended a drinks party in the garden of No. 10 during the first lockdown, but claimed he thought it was a “work event.”

He told Parliament this week: “I want to apologise. I know that millions of people across this country have made extraordinary sacrifices over the last 18 months.”

The PM said he “knew the anguish they have been through” and acknowledged there were things “we simply did not get right”.

He added that on May 20, 2020, when his senior aide Martin Reynolds invited more than 100 Downing Street staff to “make the most of the weather,” he “believed implicitly this was a work event”.

With hindsight, Mr Johnson said, he should have sent everyone home.

Labour leader Keir Starmer called his account “ridiculous” and called on him to resign.