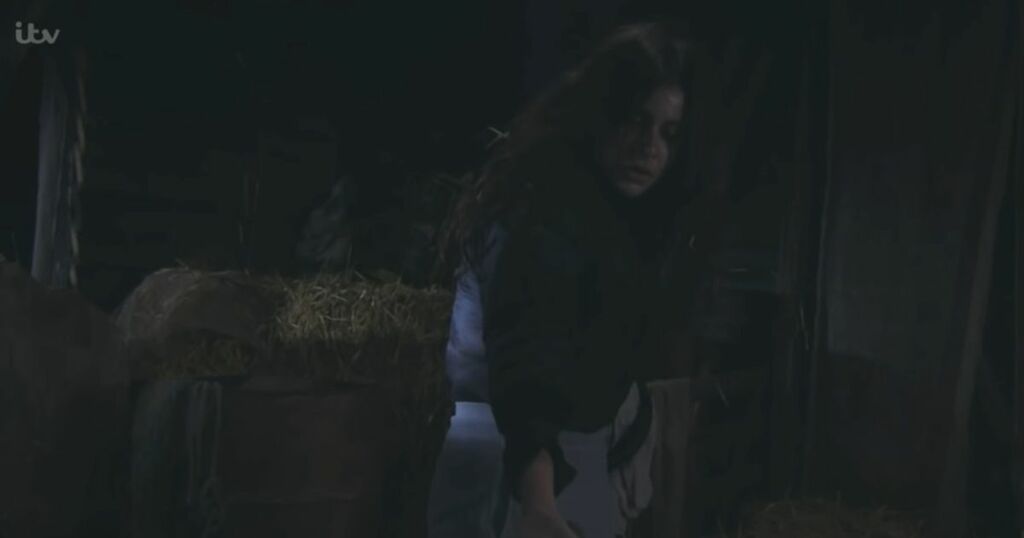 The frustration is continuing for Emmerdale fans as Meena Jutla continued to terrorise Manpreet Sharma and Vinny Dingle.

The killer nurse was left furious when her plans to 'get rid' of Vinny before Manpreet kept getting scuppered.

At the end of Monday night's episode, viewers of the ITV soap saw Meena present an IV drip to Vinny, which she had filled with vodka.

She told him he was about the endure a 'nice long drink' before she faked his death in a drink-drive crash.

So as the soap returned on Wednesday, we were brought up to speed on the latest from the disused barn and as Manpreet continued to fight the drugs in her system, Vinny manages to speak, telling his fellow hostage that he doesn't want to die and that Meena knows he is scared.

As he lost consciousness, Manpreet finally managed to reach the keys and used them to snap the cable ties on her hands.

When Meena returned to the barn, a freed Manpreet attacks her, wounding her sister’s wrist with a piece of wood.

The pair ended up fighting it out in the barn before an enraged Meena eventually regained the upper hand and subdued Manpreet before restraining her with fresh cable ties.

But Emmerdale fans were quickly flocking to social media to mock Manpreet's attempt at saving her and Vinny's lives.

"Manpreet is dehydrated and drugged so she gets a pass but why does everyone make such stupid decisions, just wait until she was gone and then escape!! #emmerdale," @xowildflowerxo said.

@rubyrache shared: "Ridiculous Manpreet would try to overcome Meena whilst she finally had the keys in her hands. She should've waited until it was clear and untied Vinny and tried to get out of the barn before Meena came back. #Emmerdale Meena is completely bonkers."

"Why oh why did Manpreet not just wait until #Meena had gone & then escape with Vinny? #Emmerdale," @suzicarrigan groaned.

@AWB90 added: "Seriously Manpreet how can you mess up escaping… twice! #emmerdale."

With the key now firmly out of reach, Vinny’s terrified to know their last chance of escape has faded away.

Later, in the doctor’s surgery, Liam Cavanagh shares his concerns with Meena about her mental state as she appeared to sort her wound caused by her tussle with Manpreet.

When Liam revealed that he knows about Meena’s fake pregnancy, she’s disconcerted and was soon threatening to accuse Liam of sexually harassing her at the surgery's Christmas party if he continues digging into her business..

Feeling like the net is closing in on her, a manic Meena informed a terrified Vinny and Manpreet that Liam’s interference has escalated her plans and as such, today will be their final day alive.

But will they have another chase at making it out before it's too late?