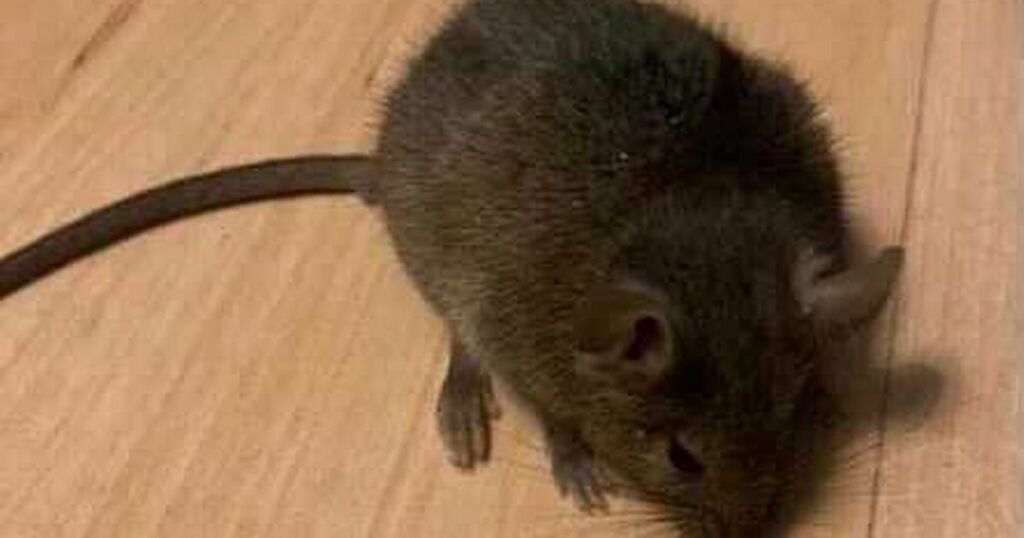 An Edinburgh woman has been in an endless battle to rid her flat of the mice infestation in the plush neighbourhood of Merchiston.

Monica Santoro, 47, and her partner Jèan Lategan, 44, have been left less than impressed with their living conditions in Yeaman Place after the vermin overran their flat.

As we close in on the autumn and winter months, the sight of mice and rats in homes become more frequent, as they burrow into properties for warmth and food.

Speaking to Edinburgh Live, Monica said: "Some are as tiny as your little finger and there are the little bigger ones.

"They seem to get worse over this time of the year and into the winter months, as I suspect they are looking for warmth and food.

"I have caught a few with spring traps with peanut butter but they were smart and used to flip the trap to eat the bait. So I started to glue the traps down with blue tac. Then they just avoided them.

"I then tried the peppermint oil on cotton swabs. After a few days the swabs disappeared.. I suspect they built nest with it.

"We own our flat but most of the building is rented out by Dunedin Canmore. Out of the nine flats I think only two are private.

"We tried to refurbish our flat over lock-down and tried to seal any holes. Over winter last year the little critters appeared again in the pantry cupboard. They chew holes through the flour bags and especially prefer chocolate, but the peanut butter didn’t seem to work.

"Last week I tried the traps that look like little boxes with wax poison in. I placed them in the cupboards and along the kitchen skirting., and one behind the dustbin. "

"They just run over them."

Having tried a few beginner methods, Monica, who is a trainee dental nurse, realised she had to get more cruel and sneakier in her catching attempts.

Monica continued: "I have bought poison grain and pasta bait blocks. The grain they ignore. The pasta blocks were eaten slowly over months but no change. I try to keep the kitchen clean at all times and crumb free.

"The wee b******* ran on the counters yesterday while I was at work leaving smudges all over the stove top."

Due to this. the shape of little rodent paws were left all over the stove tops, meaning Monica has to deep clean the flat daily to keep things safe from disease.

She was successful in her further attempts, managing to nap this rather large fellow with some poison.

She added: "This one obviously had eaten poison as it was rather brave and died a few hours later."

No matter how clean Monica and Jèan, who is a manager at Cafe Nero, keep the home, the mice seem to find their way back in.

Monica said: "I hope people don’t think we are dirty. That’s my worry. We wash the floors often with a steamer and I vacuumed all the time. The bin gets thrown out daily.

We don’t have children or pets and we both work full time."

"I’m so disgusted. The flat is starting to smell and I’ve spent a fortune on diffusers and scented candles.

"Today I ordered 2 sonic rodent devices from Amazon. So we continue the fight.

"I do however suspect that the flats above us are also having issues as we can hear them in the walls and ceiling at times."

It's not just the hygenic issues that the mice are causing, but also physical damage to the premises.

Monica added: "We bought a new couch just over a month ago.

"I was turning the pillows and found that they have been running between the pillow. Little poops along the creases."

In terms of enlisting a domestic pet to help battle the rodents, that is not an option for the couple.

Monica said: "I wish I could get a cat. I love cats but my fiancé is terribly allergic.

"The problem is the building needs to eradicate them and not just one flat like us.

"We have a bus across the street and I’m not sure that helps much either.

Earlier this year, we reported sightings of large rats scurrying around Leith in broad daylight, diving into rubbish bins for food and horrifying the local residents.

The phones at Tae A Moose have been ringing off the hook in recent weeks and months thanks to this sharp increase in rodent activity, and you can read the story here.