From the Vine review – laugh-free comedy of midlife Italian escape 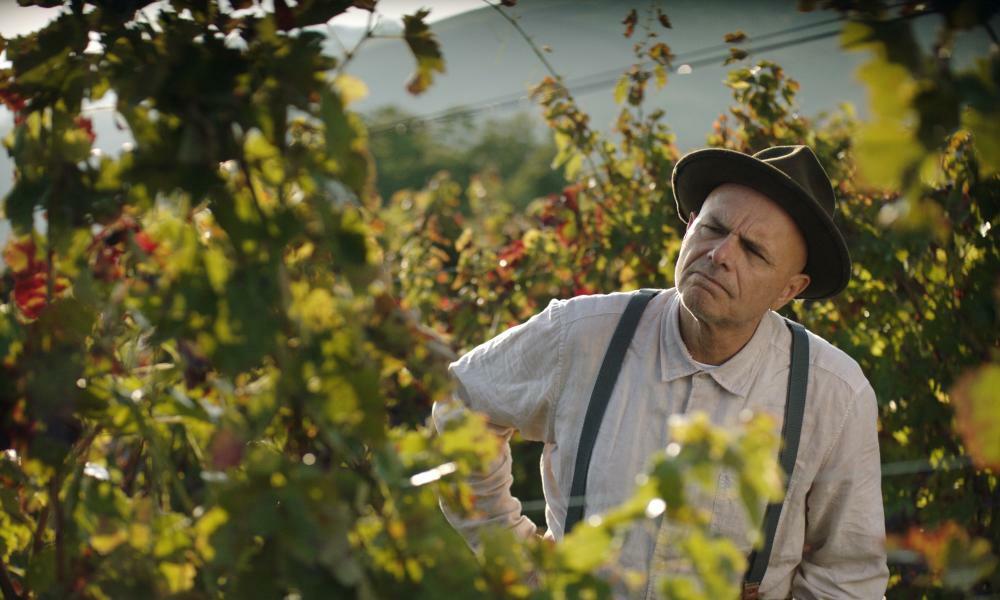 An Italian-American man in late middle age rejects the rat race and embarks on a voyage of self-discovery and winemaking in this lifelessly unfunny comedy. It’s Eat Pray Love for wealthy male boomers: embarrassingly sincere and iffily patronising to its Italian characters. The star is veteran character actor Joe Pantoliano, who played toupeed scumbag Ralph Cifaretto in The Sopranos – he looks deeply uncomfortable here as Marco Gentile, a nice-guy car industry CEO. For most of the movie Pantoliano keeps his mouth fixed in what is meant to be, I think, a warm, welcoming smile. But maybe it’s the Sopranos baggage: his grin looks to have a slight edge of hostility, like a shark flashing its teeth.

At the beginning of the movie Marco impulsively quits his job, taking the moral high ground on an ethical issue with his Canadian company’s board. He books a ticket to Italy, where he left aged six for a better life in the US – though, of course, the lesson coming his way is that what a better life actually entails is the simple pleasure of sitting under a tree peeling an orange with a penknife while wearing a handkerchief as a makeshift hat.

Marco’s wife and adult daughter tell him it’s a midlife crisis when he announces he’s taking up winemaking on the estate he inherited from his grandfather – it’s been shuttered for years. The old boy even appears beseechingly in his dreams: “Marco, this land is part of you.” Elsewhere the rustic locals speak to him in adorable broken English. Prince Charles famously chats to his plants; well, they talk back in this movie – in one of the whimsical touches that is supposed to be quirkily charming.

In The Sopranos, Ralphie wound up with his head in a bowling bag minus the toupee. That now looks like a merciful fate by comparison.

• From the Vine is released on 10 September in cinemas.