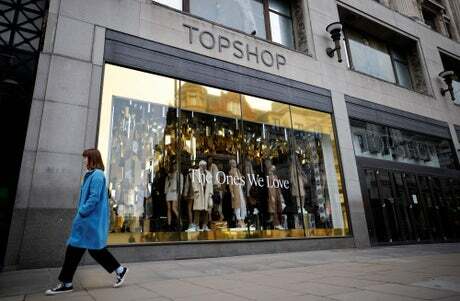 The huge West End shop that was home to Topshop whose owner fell into administration, could become a Ikea branch, with a deal reportedly agreed.

In a move that could see a site once known for clothing eventually potentially feature products such as couches and beds, furniture retail giant Ikea is understood to have has agreed a deal for the 214 Oxford Street store.

The shop once welcomed 400,000 customers through its doors each week.

According to React News, Ikea is expected to pay in the region of £385 million for the site, the home of the now vacant Topshop store, and Nike Town and a Vans shop which were not part of the company Topshop was owned by.

The report added that Ikea has agreed the purchase for a “groundbreaking new flagship store”.

Ikea UK & Ireland, which is part of Ingka Group, did not comment on the deal. But a spokesman for Ikea said: “We are on a journey to create a new Ikea that is even more affordable, accessible and sustainable.”

The spokesman added: “As part of our accessibility plans in the UK & Ireland, we are constantly looking for new ways to better meet our customers’ needs. This includes investing in our online offer, rebuilding and adapting existing Ikea stores, and exploring different formats and locations as part of a new city centre approach. We review our expansion strategy on an ongoing basis but have no plans to share at this time.”

If a transaction completes it will be seen as a boost for the famous shopping street, after a tough period since the pandemic started.

Footfall plunged as travel restrictions kept tourists and office workers away, while retailers had to temporarily close stores for lockdowns. But recent data has pointed to improvements following the latest lockdown, as more people return to central London.

Retail tycoon Sir Philip Green’s Arcadia Group, behind high street brands such as Topshop and Wallis, entered administration late last year. The Topshop brand has since been sold to Asos.

Following that, some members of KPMG’s restructuring practice were appointed joint administrators to a company that is a property-owning subsidiary of Arcadia Group, and holds the long leasehold interest in the Topshop and Topman Oxford Street store.

That division of KPMG has since been sold and is now known as Interpath Advisory. Interpath, which has been working on the process, declined to comment.

Property news site React also said the property is the largest asset owned by the broader Arcadia group, and once senior lender Apollo Global Management receives the £311.6 million it is owed, the Arcadia pension fund will receive the remainder of the proceeds.

Earlier this year the Mail on Sunday said Ikea had previously looked at other buildings on Oxford Street including the former BHS, but it was understood to have shown a 'serious interest' in the Topshop site.