From child labourer to Oscar hopeful, the extraordinary life of PS Vinothraj 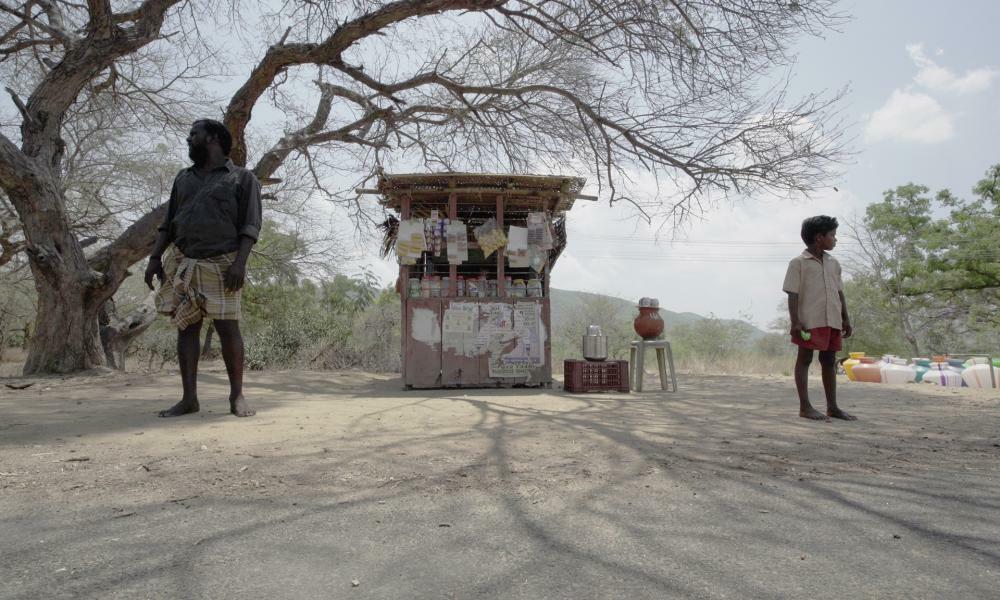 As a child labourer working in the flower markets of Madurai, there was nothing more exciting for PS Vinothraj than when the film crews would descend. He would put down his sacks of petals and look up in awe at the camera operators who sat atop cranes to get dramatic sweeping shots. It was, to his nine-year-old mind, intoxicating. “I knew that’s what I wanted to do with my life,” he said. “My passion for cinema was born in that flower market.”

The odds were stacked heavily against him. Vinothraj was born into a poverty-stricken family of daily wage labourers in Tamil Nadu. He left school, aged nine, to support his family after his father died and by 14 was working in the sweatshops of Tiruppur.

This month, his debut film Pebbles, a Tamil-language movie made on a shoestring budget and set in the arid landscape where he grew up, was unanimously selected as India’s entry to the Oscars. In February this year, it had won the Tiger award for best film at the 50th International Film Festival Rotterdam. In a New Yorker review, Vinothraj was described as an “extraordinary observational filmmaker” whose film presents “a gendered vision of rage”.

Pebbles is, as Vinothraj describes it, a “snapshot of a life”. It depicts the journey of an abusive, alcoholic father and his son as they walk back home through the barren, overwhelmingly hot landscape of rural Tamil Nadu, after the father has dragged the boy out of school and taken him to a village where he wants to force his estranged wife to return home.

It was inspired by true events; as Vinothraj says, “the story chose me”. When his sister married a man from a neighbouring village, the family were unable to provide a dowry. In a humiliating march, his sister was sent back to the family home by her new husband through the parched landscape. It was this walk of shame, that so many women are still forced to endure, that Vinothraj wanted to capture.

“But I wanted to make it so it was the husband who had to make the walk, not the woman,” he said. “It was my small way of taking revenge for this humiliation of my sister.” He also chose to portray the journey through the eye of a child, the son, to inject “hope and humanity” into their journey.

The film focuses on the small but devastating tragedies and inequalities that life in rural Tamil Nadu inflicts on women, often at the hands of men. Women forced to flee from the violent hands of husbands who drink too much. Women forced to get off buses in blazing heat when their babies, awoken by men aggressively coming to blows, need to be breast fed. Women forced to patiently scoop water from the ground and into jars as the merciless sun beats down.

Tamil Nadu’s oppressive environment is omnipresent in Pebbles. “The landscape is the third main character in the film,” Vinothraj said. “I wanted to explore it in detail, the role it plays in the plight of the people.” For authenticity, he filmed during the hottest days of the year in May. Temperatures got so high during the 27-day shoot that cameras began to malfunction.

Vinothraj’s determination to make films never wavered. While working in garment factories at 14, he enrolled into college between 6am and 10am before back-to-back shifts, realising he would need education to go into cinema.

Small things would bring glimmers of joy. In Pebbles a girl, whose family are depicted in such abject poverty that they hunt for rats to eat, is pictured momentarily euphoric as she collects helicopter seeds in her dress and then scatters them into the air. “This was how I used to feel when I was a child,” said Vinothraj. “The conditions of my life were bad but I could still find moments to be happy. I did not feel like I was suffering because I did not know anything else.”

At 19, after his bosses tried to marry him off – a tactic used to keep child labourers working in factories once they grow up – he decided it was time to leave. He had heard that Chennai, the bustling main metropolis of Tamil Nadu, was where films were made and movie people mingled.

“I had no idea how I would survive; my only thought was that I had to pursue my passion for cinema,” he said. On arriving in Chennai he slept in the streets until he convinced a DVD shop to hire him.

“In the DVD shop, I used to watch three films a day,” he said. “English films, Korean films, Japanese films, Latin American films. I loved Charlie Chaplin’s The Kid, and Children of Heaven, an Iranian film from the 1970s, and my favourite was Eternity and a Day, by a Greek director. I could never understand the dialogue or subtitles but I was just watching the visuals. That helped me form my own film language.”

The DVD shop also gave Vinothraj access to film directors, who would borrow or buy films, often on his recommendation. After almost three years, he was hired as an assistant on a short film and began to work his way up the industry until eight years later he was an assistant director on a major Tamil film. He finally began working on Pebbles three years ago.

The success of the film has left Vinothraj in a state of disbelief. He thought its only audience would be the villagers whose lives inspired the story.

“I’m awestruck at how this story has travelled, how people from all over the world have connected to the film and understood its essence,” he said. “This is all I ever wanted.”