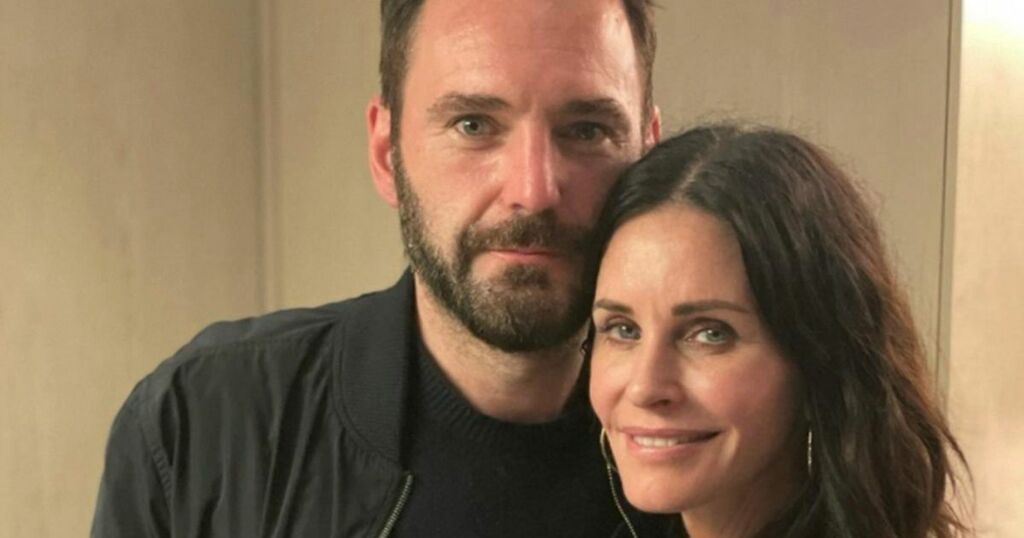 Friends star Courteney Cox gushed over her rocker boyfriend Johnny McDaid after he was nominated for a Grammy Award.

The Scream actress looked head over heels for her partner as she posted a few snaps of the two hugging each other.

"Somebody was nominated for a Grammy (song of the year)! So proud of you," she captioned the cute post.

Johnny also writes music for many artists and was nominated for Ed Sheeran's song Bad Habits in the Song of the Year category.

Friends and fans had taken to the comment section to congratulate the singer on his nod.

In the photos, Courteney was rocking a floral dress and gold bracelets and rings. Johnny kept it casual with an all-black attire.

It comes as no surprise that Johnny wrote songs for Ed considering Courteney previously posted a video of her and Ed recreating Monica Geller's New Year's dance routine.

Courteney has been open about her relationship with Johnny and has shared many photos of the two enjoying dates and events.

To celebrate his 45th birthday earlier this year, the two visited Monica's apartment and posed for snaps.

The mum-of-one had a beaming smile on her face as she wished her rock star boyfriend a happy birthday from the set of Friends.

"Happy Birthday to my best friend and love," she began her caption to her 11.6 million followers.

"He’s the kindest, most patient, best listener, curious, caring, not to mention talented and gorgeous partner. I love you jmd. x"

Courtney and Johnny's love story began back in 2013, with the couple even getting engaged the following year.

They later called off their engagement but remained a couple.

While the pair don't seem to have any plans to tie the knot, they have remained together ever since and regularly make appearances on social media together.

2020 saw the happy couple separated as the singer's work saw him in Europe when the order to self-isolate came into place.

While the actress quarantined in America, her musician partner was forced to spend lockdown alone for nine months as the world battled coronavirus and flight restrictions stopped him returning home.

Speaking on the US Mother's Day episode of The Ellen DeGeneres Show in 2020, the Friends star admitted it had been the longest the two had been apart from each other.

"He supposed to go to Switzerland to write and instead had to go to England," she told the Ellen DeGeneres.

"Then all of a sudden, this all happened and they called a quarantine."